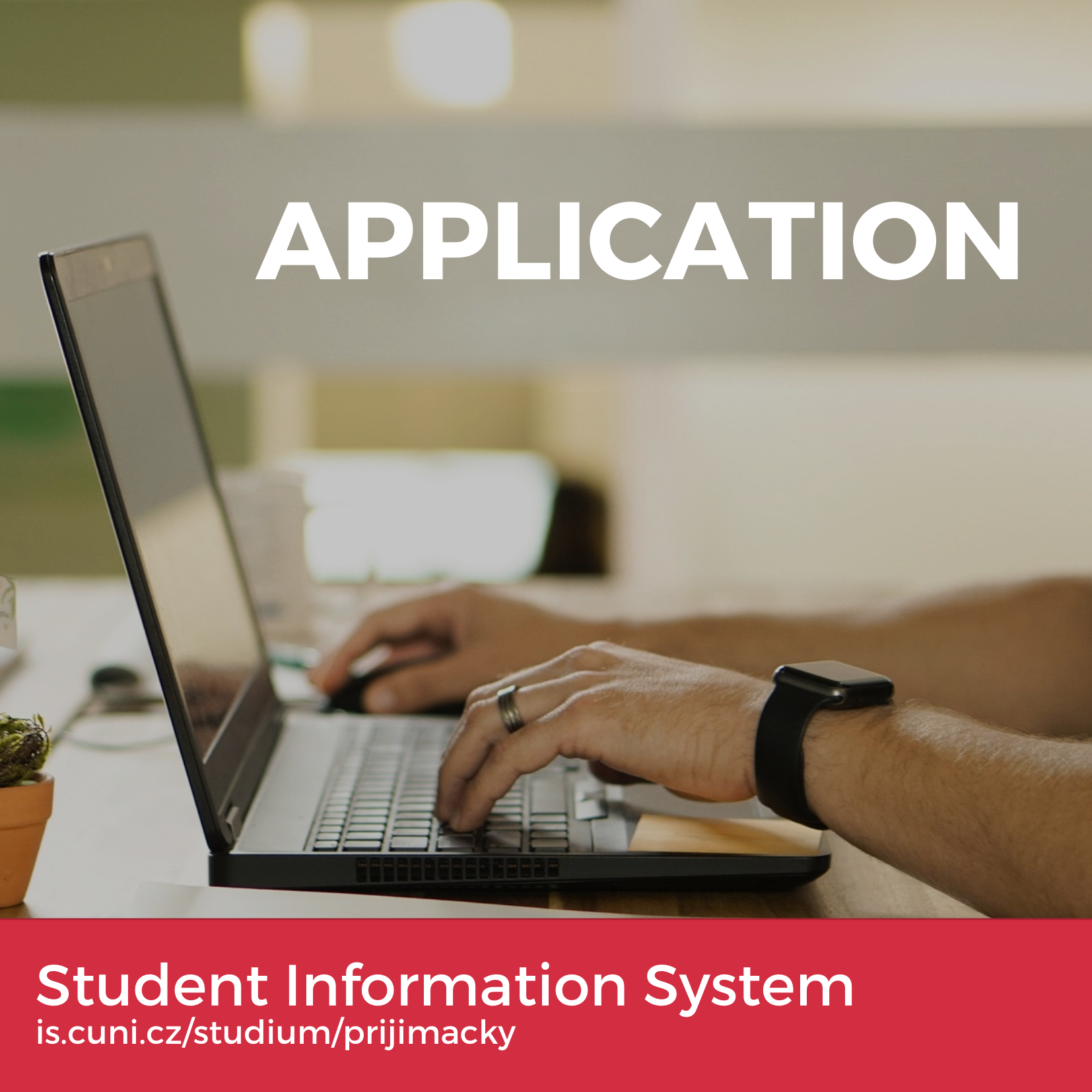 Welcome to the information page of the study programme Logic.
All information for applicants can be found below (after clicking on the individual folders +).
The application can be submitted until March 31!

Important mathematical discoveries were soon made, mostly notably the celebrated result of Kurt Gödel on incompleteness from 1930s who showed that there is a sharp distinction between “true statements” and “provable theorems”: in arithmetics (and stronger theories), there will always be statements which are true, but we can never verify their truth by arithmetical methods: some famous open problems, such as Goldbach’s conjecture or P versus NP, may be among them. This distinction between “truth” and “deduction” has had profound effect not only on mathematics, but also on philosophy. In mathematics, new fields were developed which not only deal with Gödel’s result, but also with the more general question of foundations of mathematics (set theory, topology, abstract algebra, category theory etc.). In logic itself, the focus ranged from classical to non-classical forms of reasoning answering questions related for instance to the meaning of the implication and negation, and have rich connections with complexity theory studying the hardness of computational problems. In philosophy, primarily analytic philosophy and philosophical logic, the underlying question has been the concept of truth and meaning and their analysis in mathematics and natural languages (for instance, what does „true statement“ mean if we do not have a finite verification method to check it?).

The study of ​​​​​​​Logic will guide committed students through the concepts described above and let them see and appreciate the complexity and beauty of these constructions.

In the Master programme students can build on their previous studies — not only in logic programme, but in other programmes as well — and obtain deeper understanding of the problems which lead to the modern results at the edge of the related fields. In the master programme, after students pass a general core of classes, they can focus on the field in logic they prefer: set theory and foundations of mathematics, classical or non-classical logics, or philosophy of mathematics and set theory.

Students with master’s degree from a recognized university can start their PhD studies at the Department of Logic. PhD programme focuses on independent research work and new and original results. Department of Logic has acquired many important scientific grants and offers an excellent support for gifted students: both in terms of scientific background and international cooperation, and in terms of finances (stipends and travel expenses).

The programme has been significantly updated in 2019 and provides greater choice for the student regarding the focus of the study: from set theory, classical and non-classical logics to philosophy of mathematics and exact sciences. The standard duration of the programme is 2 years.

In the first year, students will attend several courses which lay the foundations for further work and introduce students to prominent areas of logic. Students will learn and deepen their knowledge of classical and non-classical logics (Gödel’s theorems, computability aspects, review of basic non-classical logics and their use), set theory and model theory, and the philosophical aspects of mathematical sciences. These introductory courses are helpful for students to identify their preferable field of logic and to choose optional courses which will lead them to their master thesis and the chosen field of study. There will be room for optional courses in the first year of the study.

In the final year (second), students focus on their master thesis while extending their knowledge, based on the selection of optional courses they find intriguing. The optional courses are organized into three blocks to help students to orient themselves and correspond to the specializations of the researchers at the department. Students may choose optional courses from multiple blocks simultaneously, i.e. they do not need to choose one block only.

The first block specializes in set theory and abstract mathematics. Set theory is the universal language of mathematics and studies problems across mathematical disciplines. Students will learn methods and results at the edge of current research, with focus on forcing, independence results, and connection between set theory and general mathematics. Researchers at the department of logic specialize in this field and are members of international teams and grants.

The second block provides focus on classical and non-classical logics and studies it from the point of expressive power, computability aspects and use for modelling computation-related problems. Department of logic builds on extensive cooperation with the prominent logical institutes in Prague and offers optional courses in non-classical and fuzzy logics and abstract algebraic logics.

In case of questions regarding any of the programmes in Logic, do not hesitate to contact the department.

Numbers of applicants admitted in the previous academic years

Applicants are required to send an outline of their MA research proposal via e-mail to jana.jirouskova@ff.cuni.cz by 31 March 2023; the outline of approx. 5 A4 pages must contain references and comply with established academic standards. The submitted research proposal must be clearly formulated, present an original approach to a topic in the field of logic and have potential for serving as a starting point for a diploma thesis to be written in the course of the programme.

Topics covered in the BA programme in Logic at the Faculty of Arts, Charles University:

other requirements: none (no certificates of English proficiency are required)

A maximum of 50 points can be obtained in each round of the two-round entrance examination (i.e. a maximum of 100 points in total).
Applicants who obtained 25 points or more in the first round will be admitted to the second round of the two-round examination.
An applicant may be admitted to study if he or she has obtained a minimum of 50 points in the entrance examination and has also been ranked in order of the number of points obtained in accordance with the predetermined expected number of admissions.
For a summary of the results of the admission examinations to compare how many points on average are sufficient for admission to this study programme, see the tab Numbers of applicants admitted in the previous academic years.

Information on graduate prospects
Logic is a theoretical programme which relies on mathematical methods and which can be applied in mathematics, computation and specific fields of philosophy. Logic has also connections to linguistics and law theory. In general, graduates can be employed in all areas which deal with formal and quantitative methods and rely on critical analysis of problems, often in formalized environments (software or legal companies, government or educational institutions). Graduates can continue in a doctoral programme (PhD) in logic.

You can submit applications for study at the Faculty of Arts, Charles University only electronically via the Student Information System)!

You will be asked to log in before submitting your application:
If you are a current student of Charles University, please use your assigned student username to log in. Equivalent to this username is your personal number that can be found on your student identification card under your photograph. Should you experience any issues with your password, please visit the CAS website, where you can request a new password and get more information about Central Authentication Service (CAS).
If you are a new applicant who has not previously studied at CU and have never submitted an application for study in the past (regardless of success), you will be asked to register prior to submitting your application. In order to do so, you will be asked to provide a registration email address to which an email will be sent containing a link to a page where you will be able to set up your new password. You will need to use this email address and password in the course of the whole application process, as only under these credentials all of your current applications will be displayed. However, these credentials cannot be used for logging into other modules of the Student Information System (SIS).
Whenever you log in again after having submitted your application, you will see a list of all applications you have submitted under your name displayed in the upper right-hand corner, in the “My applications” section. If you use a different email address than the one provided during registration, only the “New applicant” option will be displayed in the upper right-hand corner and the “My applications” button will not be available.

Please do not create a new application under a different e-mail address, as this complicates the identification not only for the system but also for the employees of the Admission Procedure Department. If you are unable to log in to your existing account again, please contact us at prijimacky@ff.cuni.cz, and we’ll be happy to help you renew your login process.

It is not recommended to apply from a mobile device!

The texts on this page are for information purposes only. The binding admission requirements may change during the year, e.g. due to pandemics. Applicants are always informed of changes to the conditions by e-mail, the current conditions are publicly available on the website General conditions and basic documents of the admission procedure.