Indo-Pacific: The Next Crucible of Geopolitics?

FF > Kalendář akcí > Konference a přednášky > Indo-Pacific: The Next Crucible of Geopolitics? 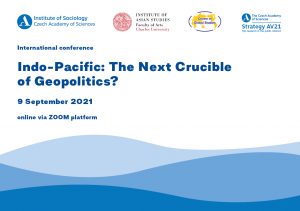 Spanning in its most extensive imagination from the eastern coast of Africa towards the western coast of the Americas, the Indo-Pacific is a geopolitical concept in the making. While its discursive continuities can be traced to interwar Germany, the contemporary notion of Indo-Pacific is most often connected with Indo-Japanese strategic deliberations followed by the speech by the Japanese prime minister Shinzo Abe in the Parliament of India in 2007 when he famously defined it as the confluence of two seas. From a core concern with the freedom of navigation to a more solid security arrangements like the QUAD and its extensions, the idea of Indo-Pacific seems to gradually attain more material contours. The United States‘ Pacific Command was renamed Indo-Pacific Command in 2018. Since then, four European countries as well as the EU have formulated strategic policy papers towards the region.

This conference will bring together experts from the fields of Political Science, Security Studies and South Asian Studies to look from different angles at what is increasingly becoming the crucible of geopolitics.