Michael Erler: Socrates and the weakness of the strong man – The rhetoric of the true politician

FF > Kalendář akcí > Konference a přednášky > Michael Erler: Socrates and the weakness of the strong man – The rhetoric of the true politician 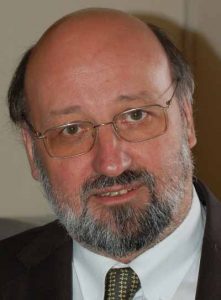 Abstrakt: The Gorgias is one of the most extensive and richest of Plato’s dialogues but also one of the most relevant to our contemporary situation. Two concepts of life are up for discussion – that of the traditional politician and orator, who is focussing on increasing his or her own power and influence, and the life of the philosopher or – to put it in modern terms – the intellectual, which is regarded as alien, apolitical and too weak for self-help, and therefore becomes the subject of the mockery of comedy. Plato‘s Gorgias reacts to such attacks by showing that traditional politicians or even the tyrants are weak, because they do not have the knowledge which is necessary to distinguish between good and bad. They therefore fail to achieve what really is good for them.