Journalism and Democracy in the age of Polarization 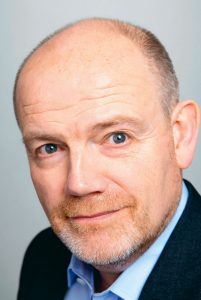 A debate with Mark Thompson, CEO of The New York Times

Both journalism and democracy are in the process of transition – and many would say in crisis. Faced with the increasing dominance of digital platforms, majority of professional news media are fighting for economic survival as well as for regaining audience’s trust, while many countries are witnessing the rise of populism and growing polarization, threatening the very foundations of democracy. How do journalists and media organizations respond to these challenges, and what can they do to bridge the widening societal gaps that are often exploited by populists? How can they counter the influx of disinformation and “fake news” while still protecting free speech? What is the place and future of traditional journalistic norms such as objectivity, impartiality and balance in the allegedly post-truth age, and in an increasingly polarized media landscape?