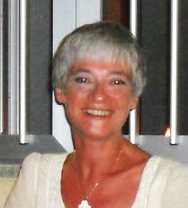 Affectivity was a recurrent element in public communication in the Middle Ages, an era in which an emotion-based rhetoric was more important than other strategies to influence and instruct the population. Verbal and visual elements were often employed in synergy, to impress the public and to help the memory. These new communication types are particularly typical of the late Middle Ages, when the mendicant monastic orders introduced new methods of preaching to instruct the congregation, which employed the vernacular, and not Latin – they introduced the belief that the use of a local language, the insertion of comic episodes, and a closer attention to worldly aspects could be more effective than obscure, ritualised liturgies.
This synergy emerges very clearly in verbal and visual aspects of religious texts and visual art, where representations of affection, pain and suffering are particularly relevant in the construction of this rhetoric. While aspects pertaining to history of art, literary criticism and iconography have been widely studied, a systematic connection of these factors with the linguistic perspective has hardly been attempted, e.g. through the analysis of specific linguistic structures or the repetition of specific words and figures of speech, which could remind the people of the value of emotional reactions in their progress towards salvation.
The talk examines these and other aspects, using examples of late-medieval dramatic and non-dramatic texts set in dialogue with some co-temporary artistic productions, to unravel the mechanisms through which pathos was produced and employed with mainly religious, but also political aims.