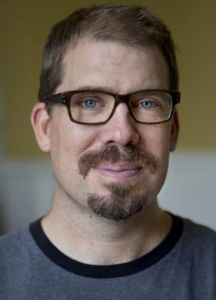 Matthew Pratt Guterl is a historian of race and nation, with a focus on United States history from the Civil War to the present. He has written four books on race and the Progressive Era, on Southern slaveholders and the Caribbean, on the history of and cultural context for racial profiling, and on the life of Josephine Baker. He has also co-authored, with Caroline Levander, a critique of the modern hotel.

What is the meaning of Donald Trump? The Trump presidency confirms a long narrative arc in American history – a fascination with racism and populism that dates back to Andrew Jackson – but it also reflects a fundamental, global change in the relationship between consumer capitalism, celebrity, and constitutional democracy in an age of open borders and “the war on terror.” With an eye on Trump’s social media habits, his reality television-style presidency, and his endorsement of white nationalist policies, this talk will consider how these two histories – one American and one international – came together and what this all means for democracy and for the study of the United States.