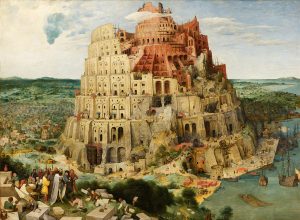 The purpose of the workshop is to explore the contemporary relevance of ‘small’ or minority languages, especially in relation to literature and culture. While in the revival period the main rationale for keeping these languages alive was their role as a marker of national or ethnic identity, today it seems less relevant. Other important roles of minority languages have been proposed, such as the maintaining of community (geographical or based on networks), preserving cultural traditions, contributing to linguistic diversity in the world, and serving as a medium of artistic expression. Possible topics of the workshop include the reflection of these themes in literature and culture, as well as the crucial question of communication between these languages and the outside world. How does, for example, translation into world languages such as English affect the respective cultures? Is it possible to strike a balance between maintaining a necessary ‘breathing space’ for the language and the need to create contacts with the rest of the globe? And finally, what light does the consideration of minority languages throw on the contemporary political situation in the Western world, which is, in the opinion of many, marked by a struggle between ‘localists’ and ‘globalists’?

Radvan Markus (Charles University, Prague):
The Irish Language and the Search for Freedom

Nelly Blanchard (University of Western Brittany, Brest):
19th-21st Century Breton Literature: Evolution of the Motivations of the Authors of a Combative Literature

This workshop is supported by the European Regional Development Fund-Project “Creativity and Adaptability as Conditions of the Success of Europe in an Interrelated World” (No. CZ.02.1.01/0.0/0.0/16_019/0000734).