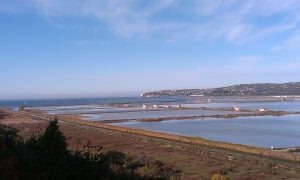 The lecture will be based on the anthropology of the Mediterranean, maritime anthropology and bring analysis of ethnic, cultural and symbolic boundaries in a micro region within the Mediterranean area or Istria, a peninsula in the north Adriatic, geopolitically currently divided among Italy, Slovenia and Croatia, that is conceptualized as multicultural, multiethnic and multilingual region. After the end of socialism in 89 and dissolution of Yugoslavia in 1991, many political boundaries were redrawn in Eastern Europe and Central Europe and the Balkans. The aim of this lecture is to explore several processes of social, cultural, political and linguistic “boundary-making and boundary-breaking” that also started in Istria.

The lecture will be based on epistemology of border anthropology (Ballinger 2003, 2004), anthropology of the Mediterranean (Baskar 1993, 2002, Frykman 1999, Rihtman Auguštin 1999) and anthropology of ethnicity and nationalism (Eriksen 1993; Knežević Hočevar 1999; Šumi 2000). Janko Spreizer will present the conflict over the land and maritime border zones in the Slovenian coastal area and the Bay of Piran, where the border issue is a subject of long processes of international and transnational negotiations, which went also to international arbitrage.