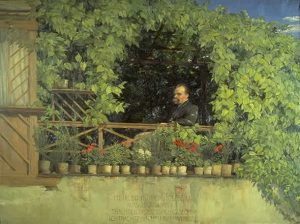 Abstract:
The relationship between Nietzsche’s thought and the Chinese intellectuals has long been of concern to academics. This lecture tries to explore the connotation and effect of Nietzsche’s aestheticism in the Chinese context from the perspective of sociology of knowledge. We try to understand why philosopher Nietzsche was foremost considered by some of modern Chinese scholars as an artist, and why his profound philosophy that criticizes modernity is creatively interpreted and played a unique role in the process of modernity in China. By doing this, we can also better understand the inner logic of modern thought, especially the implication of aesthetic utopia.