A New Dimension of Partnership between the Capital City of Prague and Charles University: Campus Hybernská is Now a Registered Institute (z. ú.)

FF > News > A New Dimension of Partnership between the Capital City of Prague and Charles University: Campus Hybernská is Now a Registered Institute (z. ú.) 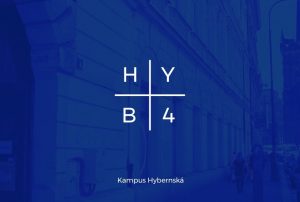 The Rector of Charles University and the Mayor of Prague signed a partnership agreement at the end of the year and, thus, founded a joint project that significantly contributes to an enhanced connection of the academic, city, and general public activities. A newly registered institute Kampus Hybernská, z.ú. has begun its operation. The building in Hybernská 4, lent by the City of Prague, provides a place for cultural-communal activities, the practical application of University’s innovations and student projects as well as interactive popularizing scientific exhibitions based on the current topics. Parallelly, The University launches a large strategic project called Hyb4City that will synergically complement the activities of the newly registered institute in Hybernská 4.

“I am delighted with this new format of cooperation that can help us bring new and, primarily, social innovation which simultaneously fulfil the social and communal role of the University that is expected from us by the city and public,” Tomáš Zima, Rector of Charles University, introduced the project.

“The city centre should not be a mere tourist destination which should be avoided by Prague residents, but a genuine place to live in. In this area, we aim to preserve and develop institutes for students and the public. I believe that also Campus Hybernská significantly contributes to it due to its colourful range of activities,” Zdeněk Hřib, Mayor of Prague, said.

“Campus Hybernská is an exceptional place. It represents a connection of student and city life activities, a sort of symbiosis. The team, which has stood behind the project until now, has done an unbelievable job and I am so glad that the whole thing gains this official status and form, and that I could have contributed to the founding of this institute,” Jan Chabr, Councillor for Property of Prague City Council, said.

“The foundation of Kampus Hybernská, z.ú, is a confirmation of a long-term contribution of activities in Hybernská street organized together by Charles University and the City of Prague happening already several years. Its scope of cultural, educational, and community activities was always immensely varied, but now it is possible to start new projects and ensure that the programme continues to be accessible to the inhabitants of Prague. Despite the unfavourable circumstances, the members of the Administrative Board have already met so there are no obstacles in the preparation of Campus Hybernská’s programme,” Mariana Čapková, Chairwoman for Education of Prague City Assembly, commented.

The first members of the Administrative Board are: