Anthropologist Marek Jakoubek Examines Czech Communities in Bulgaria. His Research Was Awarded by the Bulgarian Academy of Sciences

FF > News > Anthropologist Marek Jakoubek Examines Czech Communities in Bulgaria. His Research Was Awarded by the Bulgarian Academy of Sciences 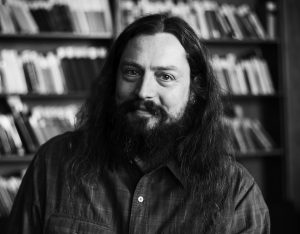 Doc. Marek Jakoubek from the Institute of Ethnology at CU FA was awarded the Certificate of Merit by the Bulgarian Academy of Sciences for his contribution to Bulgarian studies. He was awarded for the establishment of a research centre in Pilsen. Currently, he works on the establishing of a similar centre at the Prague’s institute.

Marek Jakoubek undertakes researches in Bulgaria since 1997.  His first research of the Czech village Voyvodovo in Bulgaria continues to this day and cooperates on it with his wife Dr Lenka Jakoubková Budilová who also works at the Institute of Ethnology at CU FA. Over the years, the researchers have established a cooperation with contemporary witnesses and the descendants of Czechs from Voyvodovo with whom they founded Voyvodovo web pages for interested people in the issue.

Doc Jakoubek is primarily interested in the theory of ethnicity (see publication Ethnic Groups and Boundaries Today: A Legacy of Fifty Years). The research on Vovodovo is mainly focused on the “nationalisation” of the originally religiously defined community – that is on how its members were getting familiar with the idea that they are members of the Czech nation and on the transformation of the collective identities of its members in time. Now, the research focuses on the study of re-emigration of the Voyvodovo community back to the Czechoslovak Republic between 1949-1950.

“If you would ask me, what I am proud of, then it is in the given context perhaps that I have managed to make of Voyvodovo a topic and place it on the ethnological/anthropological map. When I was beginning, almost nobody knew this small hamlet. Today, many experts distinguish it as one of the most researched compatriot villages ever,” said doc. Jakoubek. “Likewise, I am proud that I have been able for many years to convince another and another class of students that Bulgaria is a country made for anthropological research.”

Apart from Voyvodovo, Jakoubek has, over the years, paid attention also to other Czech communities in Bulgaria, such as the Czech colony by the sugar refinery in Gorna Oryahovitsa or the Czech settlement in the Turkish village Belinci. Through commented historical editions, he publishes documents on Czechs in Bulgaria collected in the archive of Czechoslovak Club of T. G. Masaryk in Sofia. From the materials, he plans to publish a work focused on the Czech and Slovak communities in Bulgaria outside of large cities.

Together with other authors, he intends to put together a publication dealing with Czechs who live in Bulgaria now. “Czechs are a phenomenon but only the history is discussed or the names such as Jireček, brothers Škorpila, or other big names from the time after the liberation of Bulgaria are repeated all the time. But the Czechs are still there – both the offspring of immigrants from ages ago or from other migration waves. Furthermore, there are thousands of Czech tourists and other more specific groups coming there during the season every year. In Voyvodovo, there lives a last “Mohican” – the last Voyvodovo Czech Ludvík Kopřiva. The work should capture this current situation.” 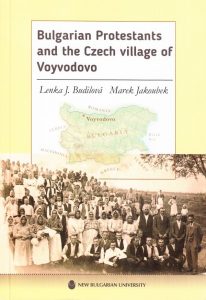 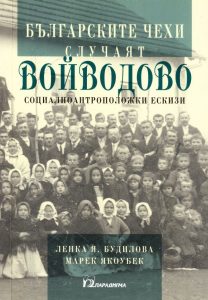