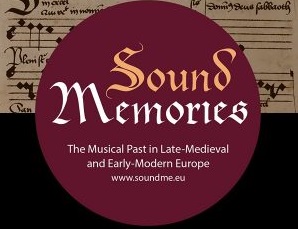 The publication “Sounding the Past. Music as History and Memory” and “Etnomuzikologie: Velmi krátký úvod” (in original: “Ethnomusicology: A Very Short Introduction” by Professor Timothy Rice) represent two out of three specializations of the institute – Music Culture before 1600 and Music Culture Studies. On the creation of the publications participated Dr Lenka Hlávková, Prof David Eben, Dr Jan Ciglbauer, and Dr Vít Zdrálek.

The collective monograph Sound the Past. Music as History and Memory, published by the Belgian publishing house Brepols, is collective work of researches from the European project HERA “Sound Memories: The Musical Past in Late–Medieval and Early–Modern Europe” researched in 2016–2019 at five academic departments (Rijksuniversiteit Utrecht, University of Cambridge, Univerzita Karlova, Polska Akademia Nauk, Universität Zürich).

The publication deals with various forms of relationships towards the past that were significantly imprinted in the shaping of the European music culture in the late Middle Ages and Early Modern Period. The reader learns about the dawn of the new understanding of the musical past in Paris in early 13th century and during the Reformation when older music fulfilled complex and diverse roles in the musical sources, communities but also in whole regions. Particular attention was given to the use of older styles and musical traditions in the transforming construction of religious and political identity.

In the publishing house Karolinum, the translation by Dr Vít Zdrálek of Timothy Rice’s book „Etnomuzikologie: Velmi krátký úvod” is published. The introduction to ethnomusicology represents how the studies examine the phenomenon of music and human musicality in various cultural, social, and historical contexts. In addition, the publication is supplied by extensive footnotes that situate the discussed topics to the Czech context.