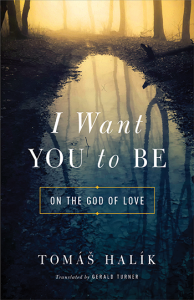 Professor Halík’s book I Want You to Be has received the gold medal and the title of the Book of the Year in Philosophy at the annual meeting of the American Library Association.

The collection of philosophical essays was published in 2012 by Nakladatelství Lidové Noviny and in English by Notre Dame University Press in 2016. Professor Halík’s books have been translated into 18 languages already, including Chinese and Korean, and have received a number of prestigious awards in various countires, including the prize for the best European theological book in 2010 from the European Society for Catholic Theology.

The aim of the Foreword Book of the Year Awards is to bring exceptional books produced by independent publishers and their authors to the attention of libraries and booksellers. The jury consists of readers, librarians, and booksellers.