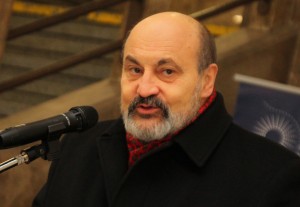 During his stay in USA, Professor Tomáš Halík was appointed Vice President of the Council for Research in Values and Philosophy. The Council has its main seat in Washington DC, yet is active all over the world. An association of leading philosophers and scholars in the humanities, the Council sets up international networks of research teams and organizes, among other events, the World Congress in Philosophy, which took place in New York, Kenya, Bogota, Jerusalem, and Athens (the next Congress shall be held in 2018 in Beijing).

The Council started its international activities in 1970s. In 2013, it was awarded the Global Dialogue Prize in Athens. Drawing on its extensive research into the cultural heritage and the changes in the contemporary world, it has published more than 300 monographs on a wide range of subjects.

Since 2011, Professor Halík has been taking part in an international research project organised by the Council, and since the beginning of 2015, he has been a regular member of the Council.