Professor Tomáš Halík in USA in 2015 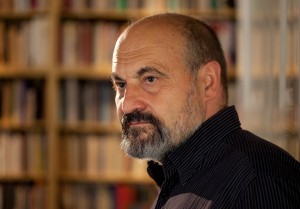 In  September – December 2015, Professor Tomáš Halík is lecturing at the Institute for Advanced Study, University Notre Dame, Indiana. On his journey to the U.S., he gave a lecture at the invitation of the Emeritus Pope Benedict XVI for the circle of his former PhD students (Ratzinger-Schüler-Kreis) in the papal summer residence in Castel Gandolf near Rome.

In October, Professor Halík gave a lecture in Washington at Georgetown University, Woodrow Wilson International Center for Scholars, as part of the Annual Freedom Lectures series, and at the Czech Embassy.

In November, he visited New York where he took part in a discussion with the president of the Union Theological Seminary, Professor Serene Jones, gave a lecture, and read extracts from his new book at the Festival of European Literature. At the Carnegie Council for International Ethics, he took part in a debate with the journalist Ian Buruma about the refugee crisis and European identity (the discussion was filmed by 30 TV stations).

On 15 – 17 November, the University of Notre Dame held a Templeton conference about Professor Halík’s contribution to contemporary philosophy of religion. Among the participants, there was a number of significant theologians, philosophers, sociologists, historians, and political scientists from Harvard University, Chicago University, and other American universities.