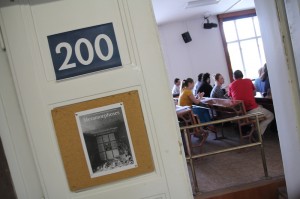 From 16 to 19 October, the Centre for Irish Studies, Department of Anglophone Literatures and Cultures, hosted Metamorphoses: The III International Flann O’Brien Conference devoted to the Irish novelist, playwright and satirist who is now considered one of the major figures of twentieth-century Irish literature, together with James Joyce and Samuel Beckett. His English language novels, such as At Swim-Two-Birds and The Third Policeman, were written under the pseudonym Flann O’Brien, while he published his satirical columns in The Irish Times and the Irish language novel An Béal Bocht under the nome de plume Myles na gCopaleen.

The conference was organized by Ondřej Pilný (Centre for Irish Studies, Department of Anglophone Literatures and Cultures, Faculty of Arts), Paul Fagan (Salzburg University) and Ruben Borg (Hebrew University in Jerusalem), and was attended by about 65 participants. Previous international conferences devoted to Flann O’Brien took place in Vienna and in Rome. The Prague O’Brien conference attracted the attention of the Irish media – the Irish Times published a series of articles about the conference and the Irish-language TV TG4 came to Prague to film interviews with the participants.

Plenary speakers at the conference included Joseph Brooker (Birkbeck, University of London), who focused on the modernist and avant-garde dimension of O’Brien’s work, Catherine Flynn (University of California, Berkeley), who discussed his journalism, and Brian Ó Conchubhair (University of Notre Dame), whose lecture was devoted to the author’s writing in Irish. Participants came to Prague from all over the world, including Hebrew University of Jerusalem, The University of South Pacific, and The University of Brittany. Topic of the papers ranged from modernist poetics and philosophy to political themes, humor, and sport.

The conference was accompanied by rich and varied social programme, including a reception at the Embassy of Ireland to the Czech Republic, hosted by His Excellency Charles Sheehan, a reading by Kevin Barry, author of the acclaimed novel City of Bohane, a thematic whiskey tasting, and a performance about the life of Flann O’Brien by Gerry Smyth and his colleagues entitled Will the Real Flann O’Brien…? A Life in Five Scenes held at the theatre Na Prádle. 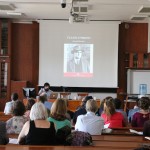 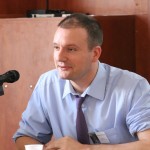 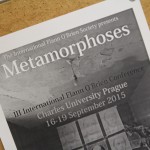 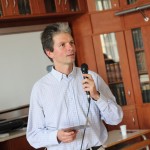 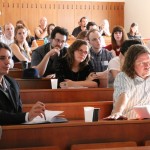 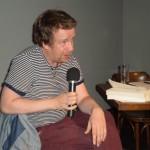 „Will the Real Flann O’Brien…? A Life in Five Scenes“ 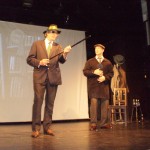