New Issue of Estetika: The European Journal of Aesthetics Published 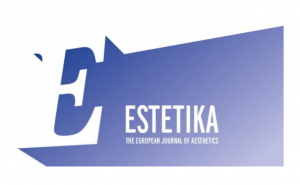 A new issue of Estetika has been published on September 16, 2021. The issue consists of four research articles, a symposium, and two book reviews, covering a wide range of topics from the field of aesthetics and philosophy:

What sort of concept is art? According to a recent proposal, instead of trying to define a single concept of art, we should start by acknowledging a plurality of concepts of art. In their co-authored paper Christopher Bartel and Jack Kwong (both from Appalachian State University in Boone, North Carolina) argue that this strategy is ineffective. Their article Pluralism, Eliminativism, and the Definition of Art proposes a radical solution: “We see no further need to maintain that the ART concept plays any substantial role,” the authors claim. “The ART concept can be abandoned, and this abandonment would have no impact on discussions of the ways in which objects can be valued.”

Tilmann Koeppe (Göttingen University in Germany) and Julia Langkau (University of Flensburg in Germany) explore Kendall Walton’s idea that truth, expressed, implied, or alluded to by a work of fiction, contributes to the vividness of readers’ or spectators’ imaginings. Their article, titled Truth Matters, Aesthetically, explores the consequences that this idea, if confirmed by empirical research, would have for philosophical discussion on the value of literary works and for critical practice.

Xiaoyan Hu (Southeast University in Nanjing, China) argues that the notion of qiyun (spirit consonance), as applied in the context of Chinese landscape painting criticism, is not merely an aesthetic criterion, but poses moral requirements on the artist as well as audience. In her article The Moral Dimension of Qiyun Aesthetics, she explores affinities between qiyun aesthetics and Kant’s and Schiller’s views on the possibility of moral cultivation via art. She argues that although there are several similarities, Chinese qiyun-focused aesthetics “does not fit within the Kantian dualism between aesthetic autonomy and moral autonomy.”

Estetika is a peer-reviewed open access journal of the highest academic standard, published twice a year. The history of Estetika dates to 1964. Since 2008, the journal has been published in English, and since 2012, the journal has used triple anonymous peer review. Estetika publishes research articles that engage with the diverse and rich traditions of philosophical aesthetics in Europe and beyond. The editorial team office is located at the Department of Aesthetics at Charles University in Prague. The editor-in-chief of the journal is Hanne Appelqvist (University of Helsinki, Finland).

The journal is published by Helsinki University Press (HUP) in collaboration with the Faculty of Art, Charles University in Prague.
Contact: Tereza Hadravová, Managing Editor // aesthetics@ff.cuni.cz