Heading for the 100 Top: Representatives of Five Institutions Establish the Association of Czech Research Universities 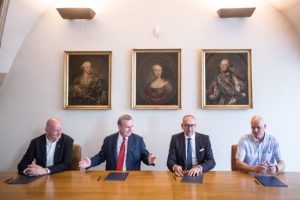 Five top Czech universities have joined forces in establishing the Association of Czech Research Universities. The association consists of Charles University, the Czech Technical University in Prague, Masaryk University in Brno, Palacký University in Olomouc, and the University of Chemistry and Technology in Prague. Four out of five rectors signed the agreement in Prague on 2 July.

By pooling their strengths including infrastructure, valuable know-how, and creativity in research and research projects, the partner institutions would like compete with the very best European universities in the coming years.  Another aim of the association is to push for changes in the Czech funding system for universities where much improvement is still needed, despite the growing investments in recent years. Association members are aware of the fact that Czech universities still lag behind in international rankings, and are resolved to find ways for the Czech universities to compete among the top 100. Charles University Rector Tomáš Zima is convinced that “if we want Czech higher education to move forward, we need to follow the example of other countries,” , pointing to China, Vietnam, Malaysia, and Singapore. These countries are in his opinion considerably further ahead in terms of investments into university education.

Based on a press release by UNIMEDIA. 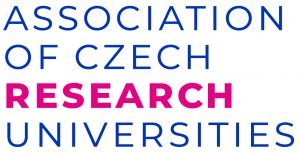