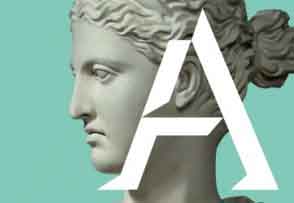 The exhibition reflects the connection between the world of the Antiquity and classical art, and the world of the baroque chateau. Located in the parterre of the chateau, the exhibition presents the Faculty of Arts‘ precious collection of classical art casts, its history and, in relation to the individual items, also the myths and characters of the classical world. The collection contains about 550 items and covers the development of Greek and Roman sculpture from seventh century BC to second century AD. Apart from its artistic and historical value, it also contains several acclaimed reconstructions of classical group sculptures made by Professor Wilhelm Klein in the nineteenth century (Athena and Marsyas, Invitation to a Dance), and also casts of some works of art which are now considered lost (Fauvel’s slab, several Roman portraits). 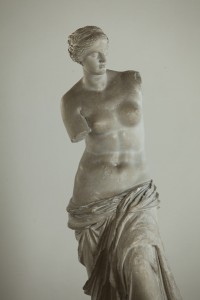 The exhibition focuses on classical influences in architecture of aristocratic residences and gardens of the baroque era. This topic is discussed in relation to the Duchcov Chateau which used to belong to the Waldstein family. It mentions travels of the aristocratic owners of many Czech and Moravian chateaux and their offspring to various parts of Europe to see classical art. These travels were part of the so-called “grand tours”. It also introduces the phenomenon of collecting classical art works inspired by the Antiquity, and portraits of leading European collectors whose collections formed an important part of contemporary royal and aristocratic residences. In the former chateau theatre, which is part of the exhibition space, the classical influences in baroque theatre are discussed. The exhibition has several themes which go through the exhibition spaces simultaneously in several lines: the antiquity, mythology, and the chateau. The iconography of the exhibition is adapted to the presentation of the casts collection in its chronological and thematic scope.

The chateau in Duchcov used to be the seat of the Waldsteins, an important Czech noble family. The original, rather small residence was rebuilt, by the end of the seventeenth century, by the foremost baroque architect Jean Baptiste Mathey into an extensive baroque complex: a chateau with adjacent buildings and a church. It is famous also thanks to Giacomo Casanova, who lived and worked there during the last years of his life as the chateau librarian. 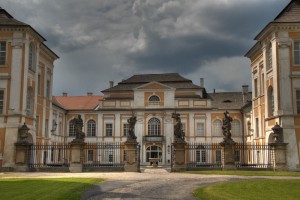