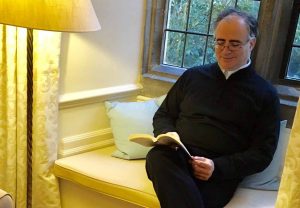 On 18 May 2017, Dr Haig Utidjian received a diploma of the honorary affiliated member of the Faculty of Arts, Charles University.

Dr Haig Utidjianis a British conductor, musicologist, and philologian of Armenian descent. He studied at universities in Sussex, London, and Cambridge, at the Accademie Chigiana in Sienna and at the Guildhall School of Music and Dramain London, from which he graduated in 1995. In 2016, he successfuly ended his PhD studies of musicology at CUFA. In May 2001, he accepted the offer the Rector of Charles University to conduct the newly established official Charles University Orchestra and Choir. In spite of considerable administrative obstacles and very modest beginnings, he has been able to create an ensemble of international quality. Dr Utidjian is an active researcher in musicology, neumatology, theology, and philology, and publishes in several languages (English, Czech, Armenian). He cooperates with universities in Copenhagen and Münster and has received various awards for his work. 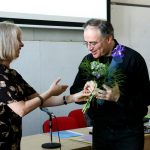