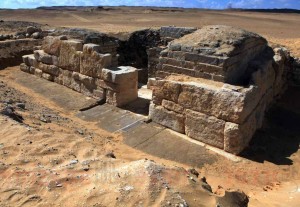 The pyramid necropolis at Abusir (EAR), which the Czech Institute of Egyptology, Faculty of Arts, Charles University has been excavating for almost 55 years, proved once again that it is one of the most important sites in Egypt. During autumn, members of the Czech Mission explored a tomb, which is part of a small cemetery to the south of the funerary complex of King Raneferef. In the cemetery, members of the court elite of the middle of the Fifth Dynasty (about 2450 B.C.) were buried.

The tomb (marked by Egyptologists as AC 30) is both dimensionally and shape-wise (it is classified as a mastaba) analogous with other tombs in the area. A chapel with a pair of false doors in its west wall is located in the above-ground part of the mastaba. The burial chamber in its substructure was accessible through a vertical shaft. Despite the fact that the tomb was destroyed by tomb- and stone-robbers, the members of the Czech Mission managed to find part of the funerary equipment –  for example, 24 travertine model vessels or 4 copper tool models – in the burial chamber. 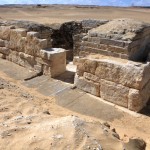 Overall view of the tomb of Gueen Khentkaus III from the northeast; © Jaromír Krejčí, Archive of the Czech Institute of Egyptology 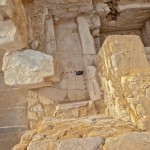 © Martin Frouz, Archive of the Czech Institute of Egyptology 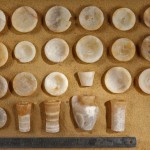