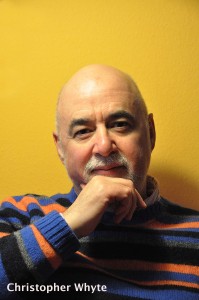 Whyte will start out by explaining the huge impact made on him by discovering the poetry and prose of MacDiarmid in the early 1970s. Independence was then a distant mirage, a Scottish parliament seemingly impossible, and MacDiarmid’s work known only to a happy few, not all of whom were doctrinaire nationalists. Looking at a couple of early lyrics, he will attempt to account for their astounding quality and then, moving on to MacDiarmid’s ‘First Hymn to Lenin’ from 1931, confront one major stumbling block, the poet’s repeated and vocal support for criminal totalitarian regimes, as one manifestation of a more generalised phenomenon of “leftism” (public support for such regimes on the part of intellectuals who themselves chose to reside in democratically organised societies). A letter and an article from 1951 contain glowing accounts of a visit MacDiarmid made to the Soviet Union. He quotes approvingly from a speech by Zhdanov, and made a point of rejoining the Communist party in the wake of the 1956 Hungarian Uprising. 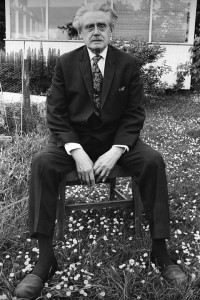 A further problematic issue has been the realisation that much, if not all of his masterpiece In Memoriam James Joyce (published in 1955) is in fact a compilation, with subtle adjustments, of multiple texts by other hands, mostly unacknowledged. While raising fascinating questions about authorship, originality and intertextuality, the phenomenon has preoccupied and intimidated potential critics of his art. If MacDiarmid’s abuse of alcohol, and the circumstances under which he separated from his first wife, are further possible sources of shame, rendering him a difficult predecessor to relate to, Whyte will argue that the ultimate shame lies in his country’s neglect both of the poet during his lifetime, and of a body of work which, however controversial, can stand comparison with that of many other, justly celebrated intellectual and creative figures from the same historical period. He will argue that the growing phases in Scottish culture and criticism are marked by renewed engagement with this contradictory, infuriating and inspiring body of work, and will review the predicament faced by major figures operating within a culture which is limited either numerically, or in its material resources, or in terms of outlook.

Christopher Whyte was born in Glasgow in 1952. After graduating in English from Cambridge in 1973, he taught at Rome University till 1985, then from 1990 to 2005 in the Department of Scottish Literature at Glasgow University. He gained a reputation for his at times controversial applications of gender and queer theory, and of the latest narratological approaches, to a range of Scottish texts, as well as for his critiques of cultural nationalism and the very notion of national identity. He is now based in Budapest, Hungary, where he writes full-time. Since 1991 he has published 5 poetry collections in Scottish Gaelic and 4 novels in English. His poetry has appeared in 9 different languages and his fiction in 3. His editions with commentary of the work of Gaelic modernist Sorley MacLean (1911-1996), much of whose poetry had remained in manuscript, have been highly praised. Whyte is also the translator into English of Rainer Maria Rilke, Pier Paolo Pasolini and, most recently, Marina Tsvetaeva.