On 17 October 2022, the American musicologist was awarded a silver medal by the Dean of CU FA for his research of eighteenth-century Czech musical culture and his significant contribution to the popularization of this field in the Anglophone world.

After the ceremony, he gave a lecture on the relationship between the Czech composer Josef Mysliveček and W. A. Mozart in the great hall of the main building of CU FA.

He received the medal on the occasion of his visit to Prague which is related to several cultural events focused on Mysliveček’s life and work – the premiere of the film Il Boemo, on which he participated as an expert consultant, the publication of the Czech edition of his monograph Josef Mysliveček, and the launch of an exhibition about the composer in the Clam-Gallas Palace.

Two of Freeman’s books have been translated into Czech by Dr Petra Johana Poncarová from the Department of Anglophone Literatures and Cultures at CU FA. Dr Marc Niubo from the Institute of Musicology at CU FA served as expert editor of both books.

Two recent research projects by musicologists from the Institute of Musicology at CU FA also deal with topics related to the eighteenth-century Czech musical culture. The international project “Opera in Prague around 1750”, coordinated by Dr Lenka Hlávková, made accessible little-known Baroque operas performed in Prague. The project includes rare recordings made, among others, by students and graduates of musicology. The new monograph Italská opera v mozartovské Praze (Italian Opera in Mozart’s Prague) by Dr Marc Niubo focuses on the 1880s when Prague’s Italian opera scene reached its peak.

Daniel E. Freeman is an American musicologist and expert on opera in the 17th and 18th centuries, the musical culture in Prague and the Czech Lands of the classical period. Besides the monograph on Mysliveček, he has published book-length studies of the musical activities of Count Franz Anton von Sporck and on Mozart’s Prague contacts. He is also a professional pianist and music editor. Freeman lectures on musicology at the University of Minnesota and has also taught at the University of Illinois and the University of Southern California. Since 2022, he has been a regular speaker at the Smithsonian Institution and has received numerous grants for his research from American and international research and educational institutions. 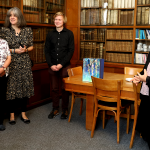 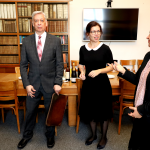 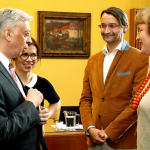 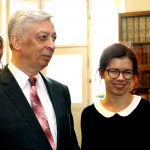 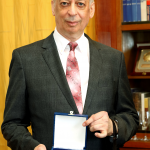 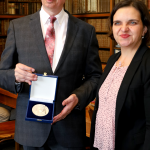