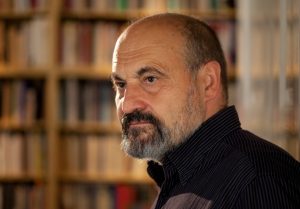 The endeavour of the International Institute for Hermeneutics, founded in Warsaw 20 years ago, is the international and interdisciplinary cooperation of phenomenologically oriented hermeneutic philosophy. The community of profesores honoris causa, appointed by the institute, pursues the development of cooperation between philosophy, theology, literary science, and other fields.

Józef Tischner Award, named after Polish philosopher and the intellectual father of the Solidarity movement Józef Tischner (1931-2000), has been awarded in Krakow, Poland since 2001. Prof Halík was awarded in the category of religious and philosophical works, which is a continuation of Tischner’s “thinking in values, specifically for his publication Čas prázdných kostelů (The Time of Empty Churches, Nakladatelství Lidové noviny, 2020).