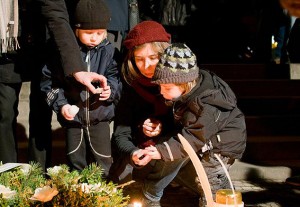 Students at Charles University in Prague have gathered to commemorate Jan Palach Week. The square in front of the main building of the Faculty of Arts is named after Jan Palach, and the building is also the site of a commemorative plaque for him. Palach was a student at the Faculty of Arts, and became known throughout Czechoslovakia and the world when he committed an act of self-immolation on Wenceslas Square on January 16, 1969. Palach’s self-immolation was an act of protest, and he died of his injuries several days later, on January 19.