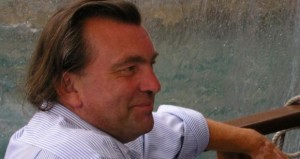 The Centre for Irish Studies of the Department of Anglophone Literatures and Cultures invites you to a seminar by Richard Pine (author of The Disappointed Bridge: Ireland and the Post-Colonial World, 2014): Identity after History.

A distinguished scholar, cultural commentator, and broadcaster, Richard Pine is the author of books on Dublin’s Gate Theatre, Brian Friel, Oscar Wilde, Lawrence Durrell, and on music in Ireland. He was a consultant for the Council of Europe on cultural development programmes, worked extensively for the Irish national radio and TV station RTÉ, was a concert manager of the National Symphony Orchestra, and a music critic for the Irish Times. He has written articles for all major Irish newspapers and for the Guardian, was co-editor of the US-based Irish Literary Supplement, and has written and appeared in numerous RTÉ and BBC programmes. He is the founding director of The Durrell School of Corfu. Richard Pine’s latest book is Greece through Irish Eyes (2015).

The seminar has been kindly supported by Department of Foreign Affairs and Trade, Ireland.