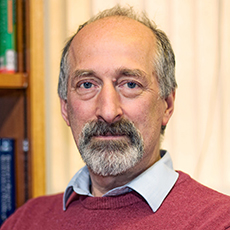 Disciplinary variation in academic writing and beyond

The teaching of English for Specific Purposes depends on descriptions and understandings of the registers and genres that learners will be required to understand or to produce, either in the present context or in the future. In academic contexts, this has led to thorough analyses of the register features of texts in particular fields or domains of knowledge, with Barber’s 1962 study of scientific prose an early pioneer.
From the late seventies onwards, attention moved towards a focus on language in context, and the study of disciplinary differences at both linguistic and cultural levels (where discipline is conceived of as ‚culture‘). Much of the study of linguistic variation between disciplines has been carried out using corpus analysis tools and resources, while investigation of the cultural aspects has been more ethnographic in methodology.
In the first half of this talk, I review corpus-based studies on disciplinary variation in academic writing, and the discussions that have developed around notions of disciplinary communities. I argue that the distinctions between disciplines are not always as clear as we make them out to be, and that there are other ways of establishing similarities and differences in approaches to academic writing. For this, I draw on Bethany Gray’s studies of variation in a corpus of academic research articles (Gray 2011, 2013) and on my own research into interdisciplinary research discourse, using a corpus of over 11,000 research articles (from 11 Elsevier journals).

Dr Paul Thompson PhD is Deputy Director of the Centre for Corpus Research at the University of Birmingham, UK. He has been a Co-Editor of the Journal of English for Academic Purposes since 2009.
http://www.birmingham.ac.uk/staff/profiles/elal/thompson-paul.aspx