Orientalism, the Ottoman Empire, and Turkey: An Ambiguous and Multilayered Context 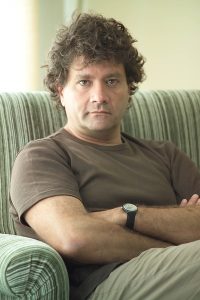 In 1978, Edward Said published his seminal work, Orientalism, radically changing our understanding of the perception and representation of the East by Western ideology, politics, scholarship, and culture. Today, on the fortieth anniversary of this intellectual benchmark, it seems that orientalism is still alive and well, perhaps even further reinforced by a revived Huntingtonian perception of the world. Interestingly, however, the Ottoman Empire and Turkey were largely absent from Said’s concerns, most likely because they did not fit well into the rather clear-cut distinction between East and West on which his work was based. From westernization to Ottoman orientalism, from Kemalism to Ottoman revivalism, the Ottoman and Turkish relationship with Orientalism has followed a meandering path, full of ambiguities and contradictions, which this lecture will try to explore.

Edhem ELDEM teaches at the Department of History of Boğaziçi University and holds the international chair of Turkish and Ottoman History at the Collège de France. He has taught as visiting professor at Berkeley, Harvard, Columbia, at the EHESS, EPHE, ENS, and has been a fellow at the Wissenschaftskolleg zu Berlin. Among his fields of interest are the Levant trade, Ottoman funerary epigraphy, the development of Istanbul, the Imperial Ottoman Bank, the history of archaeology and of photography in the Ottoman Empire, and late-nineteenth-century Ottoman first-person narratives and biographies.