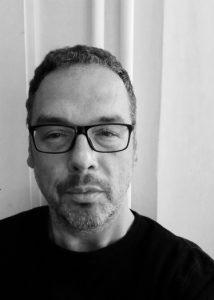 Until the mid-19th century, the Eastern Mediterranean, Red Sea, and Arab Gulf regions constituted important channels of exchange that linked the Balkans with the larger Ottoman world. As a continuation of my work that seeks to undermine Eurocentric associations with the rise of a post-Ottoman world order, this paper will chart the development of cultural, political, and economic relations between late Ottoman regions impacted by the rise of a new global order of finance. While capital flows was long part of the political economic experience of the Islamic world, the transformations of the global order centered in the North Atlantic world from the late 19th century onward resulted in a wave of economic practices that decimated the Ottoman Empire and its diverse societies. That is to say, regimes of wealth extraction shifted geographically to the centers of finance capitalism in Western Europe/North America at the expense of the Arabic-speaking world with former Ottoman migrants from the Balkans proving critical to the future development of a post-Ottoman world.

As increased measures were undertaken to suppress indigenous channels of trade linking the Balkans to the Arabic speaking world, the resulting apparatus of capitalist colonial power, iterated today as Modernity, begins to take shape. I argue, however, that looking at the manner in which old relations between Ottoman regions transform both local and foreign commercial, political, and social practices, we can initiate a new kind of analysis of this post-Ottoman period that recognizes a different geographic orientation. This orientation would necessarily identify migrants as crucial agents of change, often in seemingly contradictory roles. More importantly, with a particular focus on Balkan Muslims, it becomes clear the now established global links of the Ottoman Empire extended in different ways with the slow disintegration of the Ottoman Balkans.