Christopher Gerry: The Buck Stops Elsewhere: The Politics of Responsibility for Covid-19 in Russia

FF > Kalendář akcí > Konference a přednášky > Christopher Gerry: The Buck Stops Elsewhere: The Politics of Responsibility for Covid-19 in Russia 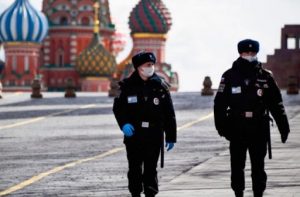 The Buck Stops Elsewhere: The Politics of Responsibility for Covid-19 in Russia

Abstract
Covid-19 has raised enormous challenges for governments across the world, not only to manage the health dimension of the pandemic but also its political consequences. Effective government responses may improve their political ratings but ineffective ones may lead to them paying a political price in negative assessments of their performance. How might governments deal with this political challenge? We consider this question through the lens of blame attribution, supposing that politicians will seek to divert responsibility for negative outcomes of their policy choices to other actors and agencies. But they will do so under various constraints, including characteristics of the political system – together with the structure of executives and the unitary or federal nature of the state – and the frames by which citizens regularly make judgements about political events, such as partisanship or ideology, and of course their own experiences with the virus or with the policies that are implemented.
We address this question of blame attribution in the context of Russia, which has seen among the highest number of coronavirus cases in the world, although it has been comparatively much less affected by the level of (reported) deaths. Russia like many other countries pursued a policy of virus suppression that led to significant restrictions on the economy and on individual physical mobility. What has been the impact of its virus suppression policies on estimates of the performance of Russia’s political authorities among its citizens? We consider how citizens judge the President and regional authorities, where (i) President Putin, who remains highly popular, adopted a deliberate strategy of avoiding operational responsibility for the policies to control the pandemic and (ii) regional authorities carried the main operational responsibilities and were held to them by the President. Our preliminary findings suggest that Putin’s strategy to manage the political consequences of the pandemic has been highly effective.