‘An Excellent Place to Spend the Winter’: Edirne (Adrianople) as an Ottoman Capital

FF > Kalendář akcí > Konference a přednášky > ‘An Excellent Place to Spend the Winter’: Edirne (Adrianople) as an Ottoman Capital 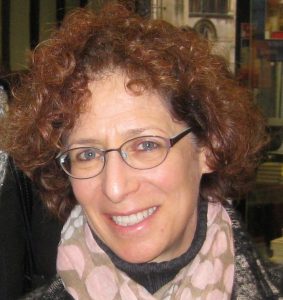 Edirne is known as the second capital of the Ottoman Empire. Yet what do we actually know about this key city during the first half of the fifteenth century, when it was supposedly the hub of the empire? These years are largely devoid of Ottoman documents. Evidence for the city, therefore, must be gleaned largely from Ottoman and foreign texts, as well as from the physical and spatial evidence of the city itself. This talk draws on these to propose an interpretation of the city and to suggest why it was so important that it be “an excellent place to spend the winter.”

Amy Singer (Ph.D. Princeton University) teaches Ottoman and Turkish History in the Department of Middle Eastern and African History at Tel Aviv University. Her research began with an in-depth study of the relations between Ottoman officials and Palestinian peasants, in an effort to move Ottoman agrarian history beyond cataloging the demography and agricultural production of villages (Palestinian peasants and Ottoman officials, 1994). Materials from this study emphasized the importance of the Haseki Sultan vakıf, a public kitchen (imaret) established by Hurrem Sultan in mid-sixteenth-century Jerusalem (Constructing Ottoman Beneficence, 2002). One endowment led to others, and provoked more extensive research on benevolent giving (Charity in Islamic Societies, 2008). At present, her research focuses on the city of Edirne, in particular before the conquest of Constantinople.