Ph.D. students
Enrolment in the Academic Year 2021/2022
Academic Calendar
Campus Hybernská
Student Life at the Faculty
IT Support at the Faculty 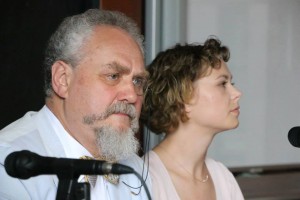 The East European Club is a group of students at the Faculty of Arts and other individuals interested in the East European region. Our main goal is to offer our members and those who participate in our events – often coming from a range of beliefs, values and perspectives – an opportunity to study Eastern Europe, and to discuss and exchange views on the region and its cultures. In addition to thematic discussions, we also attempt to discover new things and make new connections. First and foremost, we strive to build a bridge between Czech students and their East European colleagues. Our efforts do not end with students… but it is with students that our work begins. 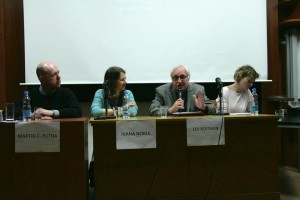 The East European Club is open to all who are interested in Eastern Europe and want to share their opinions, knowledge, and experience with others. We organize different types of events – conferences, discussions, lectures, cultural evenings, and social events. Although we mainly focus on the current situation in Eastern Europe, we also try to cover the widest possible spectrum of historical, political, religious, and literary topics. We also embrace professional activities focused on the East European region, as well as those that increase popular awareness of issues related to the area. The goal for us is not only to get to know Eastern Europe better, but also, insofar as it is possible, to do what we can to help.