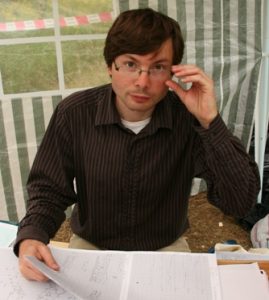 Housing culture changed dramatically in the high and late medieval period across all social milieus in the Czech lands. One of the crucial changes concerned heating facilities. The heated but smoke-free rooms with stoves emerged, primarily in castles, later in towns and finally in peasant farmsteads. Designed tile stoves, situated usually in the most spectacular and communal living room of the house, became an extremely important arena of social representation and expression of political and religious ideas. The lecture addresses (1) the principles of heating systems connected with stoves; (2) the typology of stove tiles and the methods used in their production; (3) the most considerable sets of relief-decorated tiles discovered in the Czech lands and their social context; (4) the iconography, the significance of various motifs and their connections to texts.