Prof. Murray Pittock (University of Glasgow): Edinburgh and Smart Cities of the Enlightenment 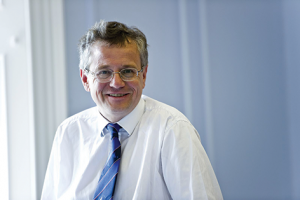 Professor Murray Pittock (University of Glasgow): “Edinburgh and Other Smart Cities of the Enlightenment: The Analogue Age of Data, Diversity and Adaptability, 1660-1750”

The lecture will take place on Wednesday 6 November at 14:00 in Room 111 (Faculty of Arts main building, nám. Jana Palacha 2, Prague 1). All welcome.

Murray Pittock is Bradley Professor at the University of Glasgow, Pro Vice-Principal and Honorary Scottish History Adviser to the National Trust for Scotland. He is a Fellow of the Royal Society of Edinburgh, the Royal Historical Society and the English Association and a prize lecturer of both the RSE and the British Academy. He has held senior appointments at the universities of Strathclyde, Edinburgh and Manchester, and visiting appointments in history and literature globally at universities including Yale, Trinity College, Dublin, New York University, and Charles University, Prague. Recent publications include The Scots Musical Museum (2 vols, 2018); Culloden (2016) and Material Culture and Sedition (2013). His current projects include The Collected Works of Allan Ramsay (funded by the AHRC, 2018-23), The Scottish Heritage Partnership (on VR and Immersive design and procurement, funded by EPSRC-AHRC) and Robert Burns and the Scottish Economy (funded by Scottish Government).