Prof. Manfred Markus (University of Innsbruck): The survival of Shakespeareʼs language in English dialects (on the basis of EDD Online)

Calendar > Lecture > Prof. Manfred Markus (University of Innsbruck): The survival of Shakespeareʼs language in English dialects (on the basis of EDD Online) 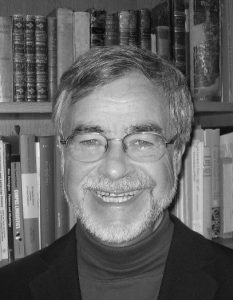 On the occasion of Shakespeare’s death 400 years ago and given his affinity to the “common people”, the question is raised of the survival of his vocabulary in English dialect words as represented by Joseph Wright’s English Dialect Dictionary (EDD; 1898–1905), which is still the best source on the areal distribution of dialects in the UK and overseas from 1700 to 1903, with some likelihood of survival up to today. With the help of software recently launched (EDD Online), this paper counts the Shakespeare words that survived in English dialects, and records their distribution across works, time and place. The results generally testify to their ubiquity in the dialects of the UK and most English-speaking overseas countries, but also reveal reliefs across historical periods and countries. As a by-effect, the lecture familiarises the audience with some of the fascinating research possibilities provided by the EDD Online interface.