Gendering Authoritarianism & Resistance: The Significance of Body Politics in the Middle East 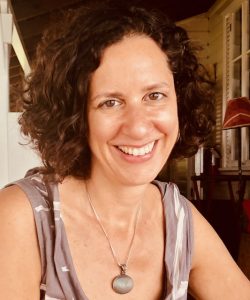 Nadje Al-Ali is Professor of Gender Studies at the Centre for Gender Studies (CGS), SOAS University of London. She is currently chair of the Centre for Gender Studies but will leave SOAS to take up a new position in anthropology with reference to the Middle East at Brown University in January. Her main research interests revolve around feminist activism and gendered mobilization, mainly with reference to Iraq, Egypt, Turkey and the Kurdish political movement, and most recently Lebanon. Her publications include What kind of Liberation? Women and the Occupation of Iraq (2009, University of California Press, co-authored with Nicola Pratt); Women and War in the Middle East: Transnational Perspectives (Zed Books, 2009, co-edited with Nicola Pratt); Iraqi Women: Untold Stories from 1948 to the Present (2007, Zed Books), Secularism, Gender and the State in the Middle East (Cambridge University Press 2000) as well as numerous book chapters and journal articles. Her co-edited book with Deborah al-Najjar entitled We are Iraqis: Aesthetics & Politics in a Time of War (Syracuse University Press) won the 2014 Arab-American book prize for non-fiction. Her more recent research and publications focus on the Turkish-Kurdish conflict and the Kurdish women’s movement and queer feminist activism in Beirut.

She has been a member of the Feminist Review Collective, and is on the editorial board of Kohl: a journal of body and gender research. As a feminist activist she has been involved in various local and transnational organizations and campaigns and was a founding member of Act Together: Women’s Action for Iraq.