Dr. Michael Frotscher: Language Change and the Historical Grammar of the Germanic Languages

The block seminar “Language Change and the Historical Grammar of the Germanic Languages” by Dr. Michael Frotscher focuses on the nature/mechanisms of language change. To this end, the relation between sound change and analogy will be investigated, exemplified by selected case studies from the Germanic languages. It is intended for students of historical and general linguistics, Germanic, Scandinavian, as well as Romance linguistics. Basic knowledge of linguistics and historical linguistics is convenient but not necessary. 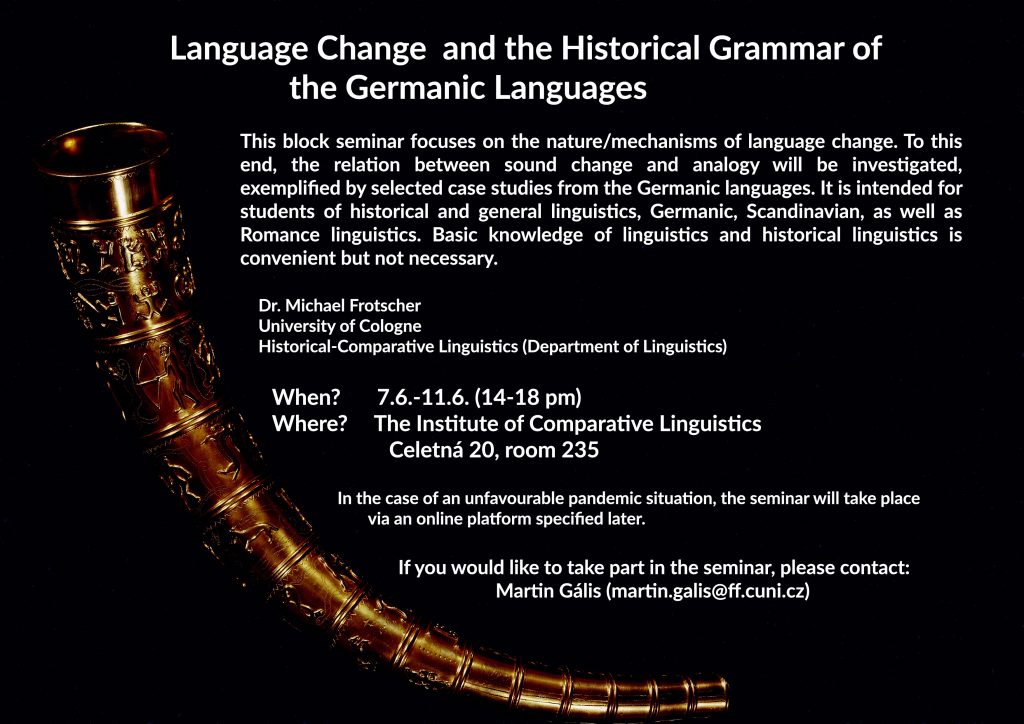 The seminar will be divided in two parts: 1. The mechanism of sound change, and, 2. Historical Grammar of the Germanic languages.

The second part of the seminar is more practical in nature and will apply general insights into sound change and analogy on concrete examples from the Germanic languages. We will re‑investigate the first (Germanic) and second (High German) consonant shift and its application within the Germanic / German language areal.

The second part will also present old as well as more recent advances in the morphological research of the Germanic languages, notably regarding the Germanic verbal and nominal system.

In order to facilitate the understanding of a broader audience the seminar will make extensive use of examples stemming from better known languages, such as English, German and Romance languages. Given its theoretical nature underlined with concrete examples from well-known languages, the seminar is of interest for students and researchers in the field of Historical Linguistics, German/Germanic studies, Scandinavian studies as well as Romance languages. Basic knowledge of linguistics and historical linguistics is convenient but not necessary.