Conference: Dialogue, Performance and the Body Politic in the Twenty-First Century

Calendar > Conference > Conference: Dialogue, Performance and the Body Politic in the Twenty-First Century 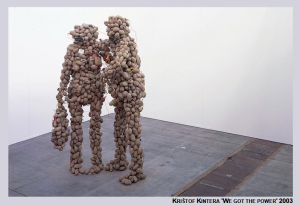 Co-convenors: Ondřej Pilný and Clare Wallace from the Department of Anglophone Literatures and Cultures, Faculty of Arts, Charles University, invite you to an online conference Dialogue, Performance and the Body Politic in the Twenty-First Century.

A feature of the cascading crises of the twenty-first century is the fragmenting impulse of polarisation. In what ways does theatre act or react to the radical oppositions and incommensurable differences of this socio-political arena? Drawing on Jacques Rancière’s writings on aesthetics and dissensus, Judith Butler’s reflections on precarity and the ethics of unchosen co-habitation, and Tony Fisher and Eve Katsouraki’s work on dissensual speech and performing resilience (Performing Antagonism: Theatre, Performance & Radical Democracy, 2017), this conference aims to generate discussions of (theatrical) performance as a site of dialogue.

We are particularly interested in explorations of the following questions/topics:

A zoom link will be available from the conference convenors upon request.