CFP – Annual Conference: Community and Exclusion. Collective Violence in the Multiethnic (East) Central European Societies before and after the Holocaust (1848-1948)

Calendar > Call for papers > CFP – Annual Conference: Community and Exclusion. Collective Violence in the Multiethnic (East) Central European Societies before and after the Holocaust (1848-1948) 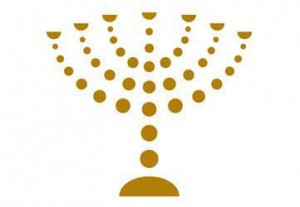 Prague Centre for Jewish Studies, Faculty of Arts, Charles University; Masaryk Institute; and Archives of the Czech Academy of Sciences, in co-operation with the Historical Institutes of the Slovak and the Polish Academy of Sciences, invite paper proposals from the annual conference: Community and Exclusion. Collective Violence in the Multiethnic (East) Central European Societies before and after the Holocaust (1848-1948) which shall take place in Prague on 25 – 27 September 2016.

Physical violence has become a key topic of the historiography of the multiethnic societies in (East) Central Europe in the transition from the imperial to the nation-state order since at least the past two decades. Scholars have pointed out that violence is an inherent part of the conflict in interethnic and interreligious relationships, although violence was not always first marked by ethnic conflicts, but rather social ones, as the example of the food riots in Cisleithania during World War I has shown. To understand the historic region of (East) Central Europe and its cultural, social, and economic plurality it is therefore necessary to apply various concepts of violence, developed partially for Western and Eastern European societies. Researchers on anti-Jewish violence in l9th and early 20th century Germany have suggested the concept of “exclusionary violence” to analyze anti-Jewish riots, which differed from the pogroms in Russia in the absence of the intention to kill the victims. According to Werner Bergmann, Christhard Hoffmann, and Helmut Walser Smith, all forms of “exclusionary violence” share a common notion of the minority group(s) as a collective threat, the asymmetry of power between the rioters and the victims, the rioters’ low level of organization, and the relative absence of state power in times of crisis. In this definition, the pogroms are a specific, but not the only, form of exclusionary ethnic violence that enables one to identify the often fluid boundaries between ethnic riots and pogroms in (East) Central Europe.

Despite these achievements of the historiography on collective violence in modern (East) Central Europe, it seems that different research milieus still remain separate from one another. For this reason, the annual conference of the Prague Centre for Jewish studies, Faculty of Arts, Charles University in cooperation with the Masaryk Institute and Archives of the Czech Academy of Sciences aims to bring together scholars working on collective violence in (East) Central Europe, including anti-Jewish violence, and violence against Roma and other minorities. What do the various forms of exclusionary violence in (East) Central Europe in the period between empire and nation-states, and in the aftermath of the Holocaust when the nation states were reconstructed, have in common? Which discourses, patterns, and rituals did they follow? How did exclusionary violence transform these communities, and how was this violence narrated and remembered afterwards?

When looking at various forms of collective violence it becomes clear that non-genocidal violence – in contrast to the Holocaust – did not mean the end of culturally mixed neighborhoods, but played a major role in the (re)construction of communities, and fundamentally transformed the multiethnic societies from a long-term perspective. We thus especially welcome papers with a focus on theoretical-methodological questions and comparative and entangled microhistorical studies on collective and exclusionary violence in (East) Central Europe between 1848 and 1948.

Proposals may include, but are not limited to, the following topics:

Please submit an abstract of no more than 300 words and a short biographical note to conferencemua@gmail.com by April 15, 2016.

The conference will be held in English. The organizers will cover accommodation costs. Please indicate if you need help with travel funding.