Alixe Bovey: “The Smithfield Decretals: The Art of Storytelling in Fourteenth-Century London” 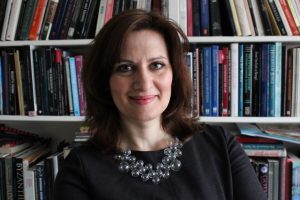 In the 1340s, a London lawyer acquired a substantial, second-hand law book, and commissioned an ambitious programme of images to fill almost all of its 600-odd margins. Most of these marginal images have nothing whatsoever to do with the legal text: instead, they take the form of lively narratives, recounting stories involving saints, sinners, romantic heroes, beasts and monsters. Known as the Smithfield Decretals (BL, Royal 10 E IV), this manuscript is an astonishingly vivid witness to the culture of storytelling in the London of Geoffrey Chaucer’s childhood. This paper will consider the relationships between the visual narratives and literary analogues, and between the legal text and the remarkable framework of pictures that surrounds it.