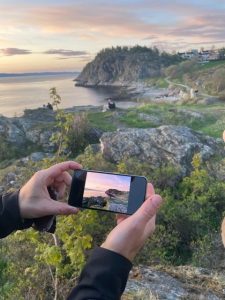 Over the past four years, the Faculty of Arts, Charles University has participated in European Economic Area (EEA) grant projects which have given dozens of our students and employees the opportunity to travel for work or study in Norway and Iceland. The Education programme, administered by the Czech National Agency for International Education and Research, has provided 6,242,738 CZK in support of semester-long study stays and research stays for PhD students. As the last two mobility projects of this type will be coming to an end in August, we would like to offer the following overview of their realization.

Never before have the social media pages of the International Relations Office been so flooded with wintry images of northern Europe. The public is already familiar with the Erasmus+ programme, which finances student and employee exchanges between European higher education institutions. EEA grants also finance student and employee exchanges, specifically with institutions in Norway, Liechtenstein, and Iceland (the non-EU states which make up the European Economic Area). EEA grants offer markedly higher financial support, taking into consideration the high cost of living in the donor states. EEA grant projects also allow for short-term study stays, which are suitable for research trips and allow for the organization of summer schools and intensive courses. The main goal of the Education programme is to strengthen international cultural exchange and contribute to the growth of the educational sphere and human capital in the Czech Republic, with a secondary objective of reducing economic and social disparities in Europe. Another important aspect of the programme is its focus on support for disabled or socio-economically disadvantaged students, accompanied by additional funding.

It was possible to apply for mobility grants in the context of three annual grant calls starting in 2019. Thanks to the initiative of the International Relations Office, the Faculty of Arts was the only faculty of Charles University to participate in all three grant calls, and was awarded a mobility grant every time. The grant projects were originally conceived of as a continuation of the faculty’s long-standing cooperation with the universities of Oslo and Bergen in Norway, as well as with the University of Iceland. The Faculty of Arts has Erasmus+ agreements with those universities, although Czech students rarely applied to those exchanges due to the high cost of living, which the Erasmus+ grants were not high enough to cover. As a result, the Faculty of Arts took in more Norwegian and Icelandic students than went abroad to those countries, leading to an imbalance in the intended reciprocal nature of the agreements. The head of the International Relations Office, Sylvie Boumová, therefore decided that the Faculty of Arts would apply for EEA grants in an attempt to address this imbalance.

The first grant, which was awarded to the Faculty of Arts, Charles University in 2019 (EHP-CZ-MOP-1-006), was supposed to last for one year. However, due to the pandemic, it was prolonged until August 2021. The International Relations Office announced a faculty-wide competition in September 2019 for two semester-long study stays, which were carried out by two of our students in the summer semester of 2020. They spoke about their experiences and what they were able to take away from their studies in Iceland in an interview with iForum magazine.

The coordinator of the EEA grant project, Martina Vacková Reiterová, and outgoing students’ coordinator, Petra Benešovská, also travelled to the University of Iceland within this first grant. Their visit took place during the second week of March 2020, just as the Czech Republic closed all universities and gradually shut its borders to neighbouring states due to the spread of COVID-19. They were able to return home safely in the end but gained first-hand experience of the difficult situation that most of our students abroad found themselves in at that time. The pandemic unfortunately marred plans for a two-week intensive course on the reading of medieval manuscripts, which had been organized by prof. Lucie Doležalová of the Institute of Greek and Latin Studies in cooperation with the University of Bergen. 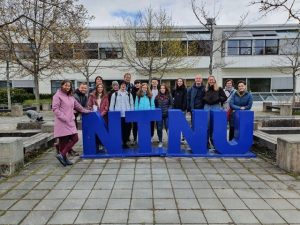 The second project (EHP-CZ-MOP-2-014), originally planned to take place between August 2020 and August 2021, was also extended by one year due to the pandemic. Thanks to this it was possible to carry out most of the planned mobilities during the period of time when travel between the Czech Republic, Norway, and Iceland was renewed. This project focused heavily on short-term student mobilities. This opportunity was ideal not only for PhD students, who travelled to complete research for their dissertations, but also for bachelor’s and master’s students who were contributing to their supervisor’s research. We additionally sent a student with a combined major in Norwegian and Czech Sign Language to Bergen for the summer semester of 2021, and in the winter semester we sent a student of ethnology to Norway and two students studying education and social work to the University of Iceland. The social dimension of this exchange represents one of the fundamental values of the EEA grants.

From the start, the third project (EHP-CZ-MOP-3-010) was intended to renew inter-university exchanges following the sharp jolt of the pandemic. In this regard the project was successful – the selection process for 3 available semester stays at the universities of Bergen and Iceland reflected significant interest on the part of the students, drawing 22 applications. During this past summer semester, two students went to the University of Iceland to study sociology and general linguistics, and one student went to Bergen from our Department of Psychology. Another important part of this project was the organization of two summer schools focusing on Czech and Norwegian history. The first summer school took place in May 2022 at NTNU in Trondheim, attended by 14 of our students of Scandinavian studies. The second summer school was held in June 2022 at the Faculty of Arts and was attended by 11 NTNU history students.

To the second and third projects we added a new partner, NTNU (Norwegian University of Science and Technology) in Trondheim, with whom we had not previously cooperated through the Erasmus+ program. Dr. Vlková Hingarová from the Institute of Germanic Studies helped to establish this new exchange cooperation, as she had worked with NTNU academic colleagues for years on her joint research project about the fates of the Czech men sent to Norway during WWII. Thanks to the EEA grants we were able to extend this new cooperation within the framework of Erasmus+ as well.

Although there are no new EEA mobility project calls open at the moment, we are convinced that the contacts that have been established and deepened through these recent projects will persist and will make up an important part of the next phase of support for exchanges between the Czech Republic and Norway, Iceland, and Liechtenstein. 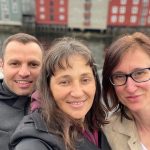 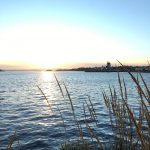 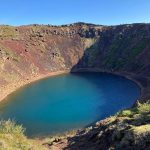 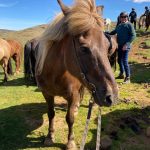 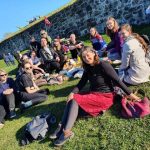 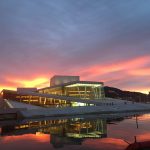 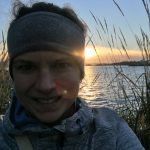 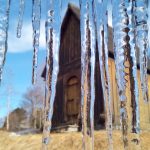 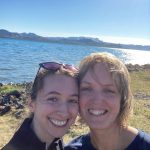