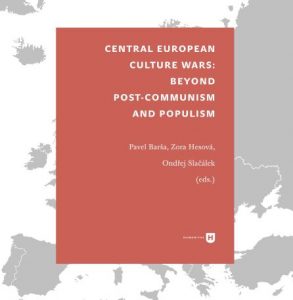 The Faculty of Arts Press presents a new publication written by Pavel Barša, Zora Hesová, and Ondřej Slačálek from the Department of Political Science at CU FA.

Without separating Central Europe from global trends, the authors of this book look at a change in the political dynamics of post-accession Central Europe through the prism of the culture wars. Conflicts over values, symbols and social norms have marked the 2010s in strikingly similar ways across Central Europe. To some extent they replace the older, socioeconomic right versus left cleavage, and, at the same time, they highlight topics like gender, identity, sovereignty and globalization. Every Central European country has undergone deeply polarizing episodes in the aftermath of the 2015 refugee crisis, and some even before. In certain nations, these are linked to a strong national-conservative project, to religion or to traumas of the past, but there is no simple pattern. The book studies culturalized politics in a broadly conceived Central Europe – Poland, Czech Republic, Slovakia, Hungary, Austria and Croatia – and shows the various forms that culture wars have taken in the 2010s as well as their underlying logic.

The publication can be purchased here. 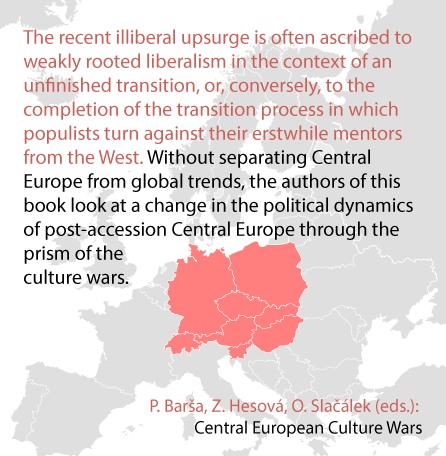