New Issue of Estetika: The European Journal of Aesthetics 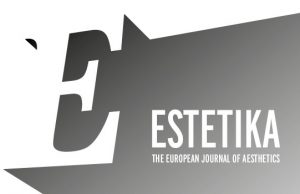 The professional journal Estetika: The European Journal of Aesthetics which focuses on the diverse traditions of European philosophical aesthetics, is being published by Helsinki University Press in collaboration with the Faculty of Arts, Charles University.

The issue includes a research paper by Daniela Šterbáková, a former researcher at the Philosophy Department at Charles University. In the article titled 4′33″, Ideas, and Medium in Appreciating Conceptual Art she compares two possible ways of interpreting John Cage’s famous silent piece; first, classifying it under a label of conceptual art, and second, understanding it as belonging to performance art.

The issue features a research article Beyond the Pleasure Principle: A Kantian Aesthetics of Autonomy by Dominic McIver Lopes, a philosopher based in Vancouver, Canada, aiming to answer the question: Why should all judge aesthetically? He situates the discussion in anglophone interpretations of Kant’s Critique of Judgement and his theory of aesthetic normativity. Eran Guter and Inbal Guter critically discuss the conception of musical temporality suggested by American philosopher Susanne Langer, who excludes from the musical experience the common clock time, and they propose other, fuller, and opener understanding of musical temporality inspired by the note of Ludwig Wittgenstein.

Wittgenstein’s aesthetics is also explored by Clinton Peter Verdonschot who defines it as “Romantic.” Alexey Aliyev aims to give an analytically precise answer to the question: What is a novel? The issue also includes two book reviews: Matthew Rampley from the Art History Institute at the Czech Academy of Sciences writes about Christopher Wood’s A History of Art History and Nicholas Wiltsher from Uppsala University focuses on Apt Imaginings by Jonathan Gilmore.

Estetika is a peer-reviewed open-access journal of the highest academic stand­ard, published twice a year. The history of Estetika dates to 1964. Since 2008, the journal has been published in English. Since 2012, the journal has used triple anonymous peer review. The editor-in-chief of the journal, whose editorial board office is located at the Department of Aesthetics at Charles University in Prague, is Hanne Appelqvist from Helsinki University. The journal is indexed by Sherpa Romeo, Scopus, Web of Science (Arts and Humanities; Current Contents / Arts and Humanities), CEEOL, ERIH Plus, CEJSH, DOAJ, philpapers, Google Scholar, EBSCO Knowledge Base, Chronos, CrossRef, JISC KB+, and Ex Libris.