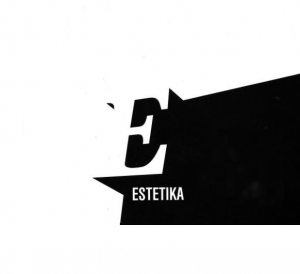 In April, the first issue of Estetika: The European Journal of Aesthetics has been co-published by the Faculty of Arts and Helsinki University Press which deals with the aesthetics of Ludwig Wittgenstein.

The inter-university cooperation was initiated by the new Editor-in-Chief Hanne Appelqvist from Helsinki University. In 2018, she has been appointed based on her project which plans to strengthen and develop the standing of the journal in the European context. This meant, first of all, its professionalization and raise funding for its publishing. “The cooperation was driven by the endeavour to strengthen and develop the journal. The inter-university cooperation allows us a firmer and broader scope that the journal should represent – European aesthetics,” says the journal’s editor Dr Tereza Hadravová.

The new issue is dedicated to the aesthetics of Ludwig Wittgenstein. The topic was chosen by the Editor-in-Chief Hanne Appelqvist because Wittgenstein belongs among one of her research interests. “Several years ago, the Cambridge University Press published notes from Wittgenstein’s lectures from 1930-1933 that were taken by G. E. Moore. Hanne believed that this new material, in particular, may deepen and make more accurate Wittgenstein’s interpretation of his aesthetic thoughts and better situate it in the structure of his work,” explains Dr Hadravová why the redaction decided to dedicate the issue to the known philosopher.

The journal contains only interpretive research concentrated around a specific Wittgenstein’s text – Dr Severin Schroeder, for example, thoroughly analyses Wittgenstein’s essay on the meaning of the word “beautiful” written in 1933. Simultaneously, the journal includes studies exploring topics of Wittgenstein’s aesthetics in a wider framework, for example, a comparison of Wittgenstein’s and Heidegger’s approach to the aesthetics of psychology and physiology. The second group of texts also includes the contribution written by doc. Vojtěch Kolman from the Department of Philosophy and Religious Studies at CUFA that connects Wittgenstein’s concept of rule-following with Richard Wagner’s The Master-Singers of Nuremberg.

Estetika is co-published by the Faculty of Arts, Charles University, and Helsinki University Press on the website estetikajournal.org and the content is fully accessible, including the archive of issues published from 2008.