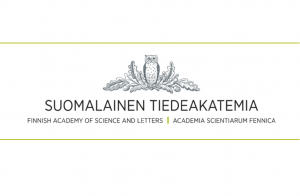 By the appointment of Professor Klusáková from the Institute of World History, CUFA, the Academy has recognized her exceptional scientific merit. The decision of her appointment took place in April 2019, but Professor Klusáková has received it last week. The greatest scientific and academic society in Finland has over 500 members and new candidates are appointed solely by the present members.

Prof. PhDr. Luďa Klusáková, CSc. lectures at Faculty of Arts, Charles University, several years. Since 2010, she is the Director of the General and Comparative Specialization. She primarily focuses on the development of European cities in the modern period, travelogue image of cities, societies, and region, but also on taking advantage of the cultural heritage and history in the strategy of the local and regional development.

She is the author of several publications, for example, she recently participated in the preparation of collective monography Small Towns in Europe in the 20th and 21st century: Heritage and Development Strategies (Karolinum, 2017).