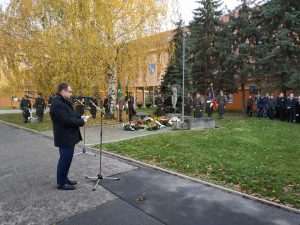 The commemorative ceremony was organised by the Faculty of Arts in cooperation with the Association for the Preservation of the Czech Resistance Heritage.

As part of the ceremony, doc. Michal Pullmann, Dean of CUFA, spoke on behalf of the faculty and laid a wreath at the Memorial of Czechoslovak Patriots on the premises of Kasárny 17. listopadu. In his speech, he highlighted the heroism of students who protested against totalitarianism. Furthermore, he mentioned that academic freedom indicates the state of freedom in general. “Each and every attack on a university is, in effect, an attack on free and successful life.”

Ceremonial speeches were concluded with a toast given by Bc. Pavla Cvachovcová, representative of CUFA students. 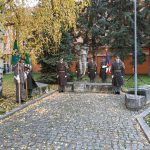 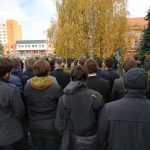 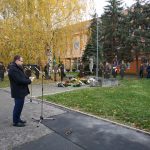 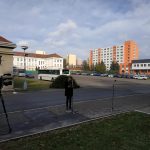 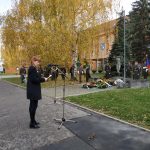