Researchers from the Prestigious Project MOVES Start Their Work at CUFA 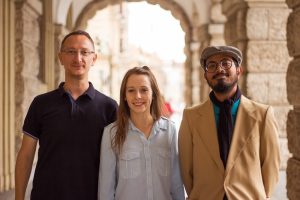 Three early-stage researchers from the prestigious project MOVES – Migration and Modernity: Historical and Cultural Challenges (European Joint Doctorate, supported by Horizon 2020 – Marie Sklodowska-Curie Actions) – Cornel Borit, Laura Brody, and Zoheb Mashiur – have started their work at the Faculty of Arts. They will conduct their research in Prague until February 2021 when they move to another partner university involved in the scheme.

What is your background and previous experiences?

Cornel Borit: I always find it difficult to answer questions about my background, and that is because I have covered quite various fields, ranging from Religion, Political Science, and Peace and Conflict Studies to English Literature. In the context of MOVES, however, I feel rather comfortable to integrate the knowledge I have acquired previously thanks to the interdisciplinary nature of the MOVES project. I also have a special interest in pedagogy and education theory since I am confident that research and education activities must intertwine harmoniously in order to be utterly productive to society. I, personally, have much pedagogical experience from back home in Norway, mostly in upper secondary school, but also at university.

Laura Brody: I received my B.A. in International Comparative Studies from Duke University in 2016, and my M.A. in International Migration from the University of Kent, Brussels School of International Studies, in 2017. Since then I have been working as an English teacher in Turkey. My research interests include memory politics, social identity, forced migration, nationalism and conflict resolution. My prior research concerns historical representation and sectarianism in Northern Ireland and Cyprus, and the adoption of refugee identities in postgenerations of displaced Greek Cypriots and Palestinians.

Zoheb Mashiur: I completed my Master of Arts in International Migration with a secondary in International Conflict and Security at the University of Kent’s Brussels School of International Studies this year. Prior to that, I’ve had some years of experience working in fiction publishing in my hometown of Dhaka, Bangladesh, and I remain affiliated with the English language newspaper The Daily Star as a columnist.

How did you come across MOVES and what made you apply for it?

Cornel Borit: It was in the beginning of this year when I decided to browse the EU science hub portal, looking for research projects that may allow a farther development of the research I had carried out during my master’s in English literature, which examined narratives depicting migration to London and how migration encounters (re)shape identity. In this way I came  across the EJD MOVES project, which comprised several research areas that would respond to my interests. It was not, however, a straightforward decision to apply, since enrolment in such a project would imply relocation at two universities during its progress, both quite far away from my that time residence. I have eventually decided to apply, motivated by the unique opportunity to work with a research topic of utmost actuality, which is contemporary migration, in a highly professional environment.

Laura Brody: I came across the MOVES program by chance, and applied not only for my belief in the increasing need for migration research both in and outside of academia, but also for the opportunity to collaborate with other researchers across European universities and in an interdisciplinary setting.

Zoheb Mashiur: When I started my Masters in 2017, I would never have imagined applying for a PhD program so soon – much less making it in! I applied almost out of chance, on a recommendation from my dissertation supervisor, who knew I was looking for my next step after Brussels and that I was keen to stay in Europe and explore research questions that arose during my studies. Luckily what seemed like a long shot turned out to be not such an unrealistic dream after all, and here I am at the Faculty of Arts.

What research project are going to pursue in MOVES?

Cornel Borit: It deals with narratives depicting migration encounters in recent European history. The project is entitled “Typology of Migration Myths: Theoretical/Methodological Questions”, and I intend to carry out a comparative study of narratives of the post-World War II migration from the Caribbean and the post EU integration migration from Eastern Europe to Great Britain. One of the objectives of the study is to explore the instrumental employment of migration myths possibly as a recurrent political strategy meant to perpetuate (post)colonial mental models in contemporary Europe, particularly in Great Britain. I have decided upon these two historical instances due to the structural and conjunctural similarities describing phenomena associated with these migrations. Moreover, post-empire migration literature to Great Britain has received extensive critical attention, whereas contemporary literature of migration from Eastern Europe has been scarcely, if at all, in the spotlight of critical investigation. In this context, I intend to highlight through my research the relevance of migration myths, as a category of modern political myths, in the wider framework of migration narratives by answering questions related to the origin, content and function of migration myths and their instrumentalsation in the contemporary political discourse.

Laura Brody: In MOVES I will pursue Project 13, Myths of Migration and Their Significance in Past and Present, through a study on migration myths in East-West collision zones that illuminate Europe’s evolving relationship with the Islamic world since the early modern period. The project will explore changing perceptions of European-Islamic borders and migration myths both resulting in and causing patterns of forced and voluntary migration in European-Islamic gateway regions. It zones in on migration myths emanating from the ethnic, religious and political legacies of Ottoman imperialism along Turkey, Greece and Bulgaria’s shared borders in Thrace, migration patterns in the region, and evolving perceptions of the region’s place in European-Islamic clash narratives over time. Overall, it aims to serve as a resource contributing to contemporary debates about European identity, Europe’s relationship with Islam and the integration of Muslim migrants from Asia, Africa and the Middle East into European society.

Zoheb Mashiur: I am studying the representations of colonial troops from British India who fought in Europe during World War One, with a specific interest in how they have been remembered or forgotten since 1914-18. For this I am looking at memorials, cemeteries, period literature and the soldiers’ own letters.

What are your expectations of the project in general and of the eighteen months you are going to spend at the Faculty of Arts and in Prague in particular?

Cornel Borit: Since the research topic I will investigate is one of utmost relevance for the nowadays social and political European realities, I do expect to contribute to a better understanding of migration as an intricate, multidimensional  phenomenon, which entails challenges but also advantages for society. Migration ought to be perceived as a universal phenomenon, both historically, geographically, socially, economically and in terms of gender and it is the duty of the academia to criticise the short-termism of migration management which has proliferated in recent political discourse. I trust that my engagement in the MOVES, and particularly the period I will spend in Prague, will allow me to develop expertise in the field of migration studies that I will then employ effectively to curb the distorted perception about migrants and migration and promote constructive strategies in approaching migration issues. The incipient experience has been positive as I have met dedicated colleagues as well as a propitious academic environment. Furthermore, Prague is a vibrant and inspiring city, with an intensive cultural life, which I indent to enjoy comprehensively. I therefore look forward to the months to come!

Laura Brody: My outlook for the project is very positive, and I expect my time both in Prague and over the next three years to be a fantastic opportunity to collaborate with researchers in an interdisciplinary setting, as well as for everyone involved to expand our knowledge, skills and perceptions of migration studies and its significance in other fields. I also expect my time in Prague to be a fantastic opportunity to learn about migration patterns and policies in the Czech Republic.

Zoheb Mashiur: The interdisciplinarity of the project is highly attractive to me, having studied migration largely from a political science lens during my Masters. My personal interests and indeed my professional background have always made me inclined toward an intellectual approach that is not at its best constrained within one discipline, so I relish the opportunity to work with scholars from a wide range of backgrounds – and to tackle migration research while mixing elements from fields as wide as history, media studies, memory studies and security studies. As a political scientist in the Faculty of Arts I will have ample opportunity to expand my horizons. 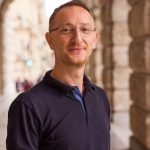 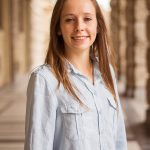 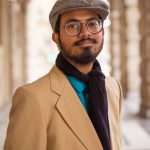 MOVES – Migration and Modernity: Historical and Cultural Challenges – is a European Joint Doctorate (EJD) funded by the European Union. This doctoral programme is defined by a unique collaboration between university researchers in the Humanities and Social Sciences and partners across sectors (NGOs, charities working with migrants and cultural and creative industries) in five EU countries. It identifies the contemporary issue of migration as a problem to be treated within the wide context of modernity, acknowledging the way it has shaped European identity, first in the outward thrust of European nations in colonial movements, then through emigration from many European countries, and recently through immigration as the predominant form of mobility in Europe.