Lecture by Professor Timothy Power (University of Oxford): Bolsonaro and the Rise of Right-Wing Populism in Brazil

FF > News > Lecture by Professor Timothy Power (University of Oxford): Bolsonaro and the Rise of Right-Wing Populism in Brazil 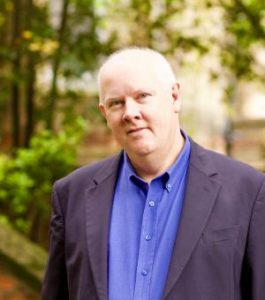 The Faculty of Arts cordially invites you to the lecture by Professor Timothy Power (University of Oxford): Bolsonaro and the Rise of Right-Wing Populism in Brazil.

The election of Jair Bolsonaro in October 2018 surprised many observers. This presentation argues that Bolsonaro’s election was only possible due to a confluence of several severe and simultaneous crises, including a massive economic recession, a corruption scandal, the political polarization following the impeachment of Dilma Rousseff in 2016, and a worsening of public security. The presentation also analyzes trends and issues emerging in Bolsonaro’s first 100 days in office.

I am a comparative political scientist with a deep commitment to interdisciplinary area studies. I completed my PhD in political science at the University of Notre Dame in 1993. I then taught at Louisiana State University and Florida International University before arriving in Oxford in 2005. From 2008 to 2012 I directed the Latin American Centre, and I became Head of the Oxford School of Global and Area Studies (OSGA) in 2018.

My research concerns democratization and political institutions (parties, legislatures, and elections) in modern Latin America, especially Brazil. With Cesar Zucco (Fundação Getúlio Vargas), I co-direct the Brazilian Legislative Surveys, which have recorded the opinions of Brazilian politicians in every parliament elected since 1990. Recently, I have been working with several colleagues on the cross-regional implications of some of Latin America’s experimentation with democratic institutions, particularly the question of how presidents cope with increasingly fragmented parliaments. This resulted in a recent book: Paul Chaisty, Nic Cheeseman, and Timothy J. Power, Coalitional Presidentialism in Comparative Perspective: Minority Presidents in Multiparty Systems (Oxford University Press, 2018).

Some of my other recent publications include a book co-edited with Peter R. Kingstone, Democratic Brazil Divided (University of Pittsburgh Press, 2017), and a chapter with Scott Mainwaring and Fernando Bizzarro, “The Uneven Institutionalization of a Party System: Brazil,” in Mainwaring, ed., Party Systems in Latin America: Institutionalization, Decay, and Collapse (Cambridge University Press, 2018). Journal articles forthcoming in 2019 include “Mapping Ideological Preferences in Brazilian Elections, 1994-2018: A Municipal-Level Study” with Rodrigo Rodrigues-Silveira, in the Brazilian Political Science Review; and “Flying Solo: Explaining Single-Party Cabinets under Minority Presidentialism,” with Paul Chaisty, in the European Journal of Political Research.