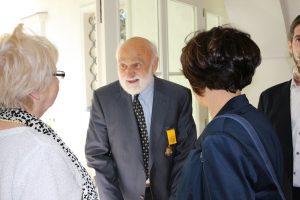 Professor Josef Opatrný, head of the Centre for Ibero-American Studies at CUFA, has been awarded the prestigious Mexican Order of the Aztec Eagle, the highest honour awarded to foreigners. Professor Opatrný received the order for his lifelong work in promoting of Mexican culture and history in the Czech Republic and for his support of Czech-Mexican relations from Her Excellency Ms. Rosaura Leonora Rudea Gutierrez

Prof. PhDr. Josef Opatrný, CSc.,has served as Head of the Centre for Ibero-American Studies, CUFA, since 1990. He made significant contributions to the foundation of the field of Ibero-American studies and has been shaping recearch directions in the Czech Republic and in some areas also abroad. His research interests include the history of the American continent in the nineteenth century, especially the questions of nationalism, migration, and contacts between Central Europe and the New World.

The Order of the Aztec Eagle (Spanish: Orden Mexicana del Águila Azteca) forms part of the Mexican Honours System and is the highest Mexican order awarded to foreigners in the country. Notable recipients include, among others, Gabriel García Márquez, Mario Vargas Llosa, Plácido Domingo, and Nelson Mandela. 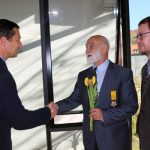 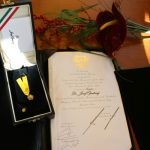 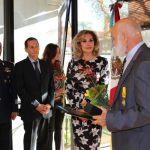 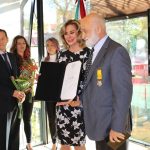 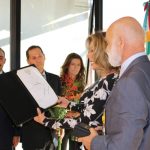 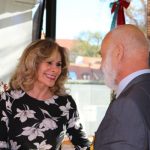 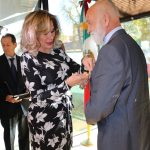 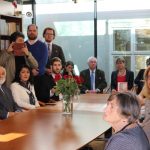 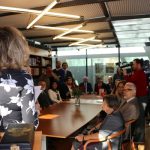 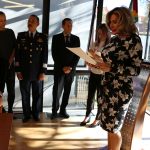 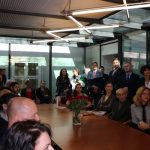 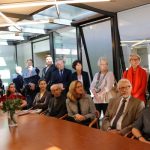 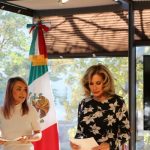