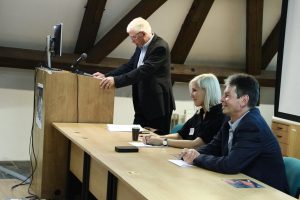 The international conference on Samuel Beckett and Technology, organised by the Centre for Irish Studies (Department of Anglophone Literatures and Cultures), was hold at the Faculty of Arts in Prague on 13 – 15 September 2018. The aim of the conference was to explore the manifold intersections of technology with Beckett’s oeuvre throughout the years, including the development of modern technologies in the fields of communication, broadcasting, medicine, and transportation in the beginning of the 20th century and their influence on Beckett’s early writing; his employment of new media such as film, radio, and television; and contemporary uses of digital, medical, and other technologies in new approaches to staging, performing, and interpreting Beckett’s work in various genres and fields.

The conference was attended by researchers from all over the world, including Canada, Japan, and Trinidad and Tobago. 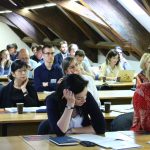 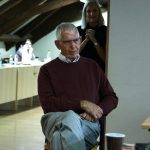